We've all heard stories of tragic romance that was never meant to be. True love, put into an impossible situation. Romeo and Juliet, or Antony and Cleopatra.

This is the story of the tragic love affair of Alex Rodriguez and... himself.

How They Fell in Love

People who know the couple say that A-Rod actually knew himself since childhood, from the time of A-Rod’s earliest memory. A-Rod and himself got along right away, soon developing a lasting friendship. But their romantic relationship took a little longer to grow.

According to legend (and Wikipedia), the couple fell in love while A-Rod was taking a walk in the forest:

[A-Rod] came across a deep pool in a forest, from which he took a drink. As he did, he saw his reflection for the first time in his life and fell in love with the beautiful boy he was looking at, not realizing it was himself. Eventually, after pining away for a while, he realized that the image he saw in the pool was a reflection of himself. Realizing that he could not act upon this love, he tore at his dress and beat at his body, his life force draining out of him.

Even from the start, their love was tragic. A-Rod at first did not recognize his dearest friend (himself) as the image he saw in the pool. And when he did, he instantly recognized that their love could never be. At this realization, he was so upset that he tore at his dress (let’s not judge his fashion choices, people) and beat at his body. There are some rumors that he even beat himself, but I personally don’t believe that. 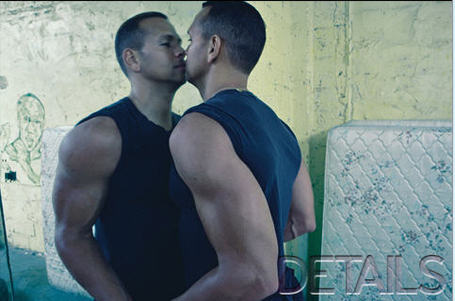 A-Rod, so tantalizingly close to himself, yet so far away.

After A-Rod discovered his love for himself, he would be constantly tortured by their connection. He would see himself everywhere – in the bedroom mirror every morning; through the windows of his limo; in every pond, pool, or fountain he saw. A-Rod was even more upset to see himself make the cover of several tabloids – how dare they besmirch the honor of a good person like himself!

Their Love Takes a Dark Turn

In time, A-Rod’s obsession with himself became even more bizarre. A-Rod became convinced that his teammates were becoming jealous of himself. Whenever A-Rod walked by, he would look his teammates in the eye, and know that they were actually looking at himself. When they saw A-Rod gaze longingly at himself in the mirror, they would ridicule A-Rod’s intense passion for himself, clearly not understanding true love. Where before A-Rod’s love for himself had been pure and untainted, now A-Rod found increasingly disturbing outlets for his love for himself.

A-Rod began to cheat on himself with other women. Sometimes casual flings, but also lasting relationships with famous actresses and celebrities. Most of these relationships didn’t last – A-Rod kept coming back to himself, but not always in a healthy way. One of A-Rod’s former lovers reported that A-Rod had two paintings of himself hanging in his home. But these weren’t normal paintings, oh no. These were paintings of himself… as a centaur. "It was ridiculous!" said A-Rod’s ex-lover. 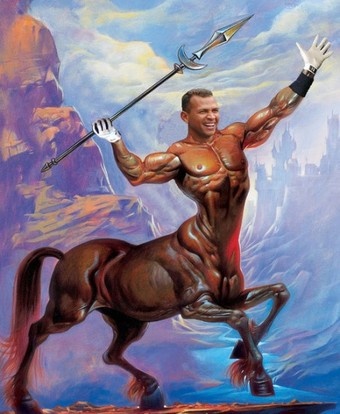 A-Rod's fantasies about himself, given form in art.

Most people were quick to criticize this new development in A-Rod’s relationship with himself, but a surprising few also came to A-Rod’s defense. "It was pretty weird before, A-Rod loving himself," said Twinkietown member montanatwinsfan. "But the centaur part changed my mind. I can understand that kind of forbidden love – half-human, half-horse, all natural…oh yes..."

Due to the cruel, arbitrary norms of society, A-Rod may never be able to marry himself. But A-Rod's passion burns strong to this day. Just this past April, in a show of love for himself, A-Rod ran from third base to first across the pitcher’s mound, annoying A’s pitcher Dallas Braden.

While Braden may never understand this, I think we should cut A-Rod some slack. A-Rod probably just saw a reflection of himself over towards first base, and his desire for himself was so strong that he ran right over, forgetting about Braden and anyone else in the way.

Dallas Braden: someone who will never understand true love, and, judging by this picture, someone who doesn't photograph well.

Sometimes, we let our hate for A-Rod and the Yankees keep us away from the true lesson of this story. If there’s one thing we can learn from A-Rod’s love for himself, it’s this: love conquers all.