There's Something About Jose Mijares

Share All sharing options for: There's Something About Jose Mijares

Mijares said he tried to board a flight on Sunday but got caught up in a security check while the plane loaded and departed. According to Mijares, police were suspicious about some hair gel in his luggage.  (Star Tribune) 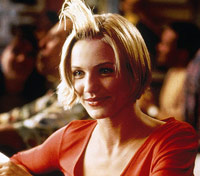 It's just a little bit ridiculous, isn't it?  It's a little bit like that person we all know at work who comes in two or three times a week with different excuses for being late.  Everything from oversleeping to traffic to my-cousin-threw-herself-down-the-stairs to...well...hair gel.

Of course, that's how I look at it.  This whole hair gel thing is also just crazy enough to be true.  So who knows.

But just 72 innings into his major league career, there already seems to be a rift forming in the fan base.  There's a bit of uncertainty, wondering exactly what kind of makeup we have in Jose Mijares.  Twins Geek, who's about as level-headed in analysis as you'll find in the Twins blogosphere, ran through Mijares' list of infractions since coming to the big league team just 18 months ago:

So we have a guy who isn't necessarily bumping a traffic officer with his SUV, but he did manage to cause an issue with a teammate late last year with his on-field choices.  And Mijares and Delmon Young don't have a commercial to prove they're actually great buddies.

Fortunately, Mijares' mistakes are more akin to mountain-out-of-molehill than they are get-this-guy-off-the-team at this point, because while he may not be the ideal teammate he's not getting himself arrested or breaking any laws.  And on top of that, the guy can pitch.  At least as far as 2009 went, you couldn't have asked for much more out of your late-inning southpaw guy:

Dislaimer first--I understand that this is Sample Size Theater at its best.  But even so, this is how Mijares performed in 2009, and these numbers make me insanely curious to see how he performs in 2010.

What stands out is that Mijares actually tightens up in the higher-leverage situations.  He's not striking out as many hitters but he's inducing contact, and he's still getting outs.  Mijares stops walking hitters (except maybe a former shortstop built like a toothpick), and in spite of reducing his strikeout rate is throwing more strikes and suddenly turns into a ground-ball pitcher.  He still attacks the hitter.  As a result his home run rate is lower and in general he wasn't allowing as many base runners.  At least to me, judging from these numbers, Mijares tightens up his strike zone and changes his tactics and pitch selections according to the situation.

So maybe, just maybe, Mijares just likes trouble.  Maybe he likes pushing the limits of what he's allowed to do just as much as he likes taking the mound in critical situations.

And I'll tell you this--if he continues to pitch like that in big situations while keeping himself from getting into any real trouble, then I'll happily deal with Visa issues and love handles the size of my thighs.