This one got off to an auspicious start. Right off the bat in the first inning, Carl Pavano beaned Paul Konerko...in the face. Pavano meant to come inside, not to hit him, but that didn't make it look any better. The lasting impression of that play, however, won't be the baseball threads imprinted on Konerko's cheek Friday morning, it will be Konerko pulling himself up off the dirt and literally trying to pull his arm away from the trainer so he could take first base.

When Ozzie, the umpire and the trainer had all finally had their satisfation that Konerko was, in fact, okay, the White Sox first baseman jogged to first to tremendous applause. And he deserved it. Not just because he cowboy'd up and stayed in the game, but because after what the Sox and their fans had suffered through on Tuesday and Wednesday nights it was personification of the desire to win in the face of those circumstances. It sure as hell fired that Chicago crowd up, and no doubt it fired up his team, too. Respect, Paul Konerko.

Of course, the Twins still won. This party's over. Respect to the White Sox for hanging in there after a terrible start to the year, but it's past your bedtime. It's time to let the big boys stay up in October.

Neither Pavano nor Mark Buerhle were particularly effective on Thursday. The Twins tagged Buerhle for six runs by putting up trips in the second and the fifth, while the Sox tallied single runs in the third and fourth before ousting Pavano three batters (and no outs) into the sixth inning. They split 16 hits between them, combined for just two strikeouts and walked three. Not impressive.

The Twins picked up their first three runs after Buehrle plunked Michael Cuddyer immediately in the top of the second, in obvious relatiation for Konerko's facial. Delmon Young, Jim Thome and Jason Repko followed with singles, and J.J. Hardy's 19th double of the season bounced off the wall in the right-center field gap to put a lid on the inning's scoring.

Konerko's third inning homer and a manufactured run in the fourth cut the lead to 3-2, but Denard Span walked and Orlando Hudson singled to lead off the fifth. Cuddyer's sac fly plated one before Delmon Young demolished a Buehrle curveball into left field for a two-run blast. The lead was still 6-2 an inning and a half later, when Pavano came out for the sixth.

A.J. Pierzynski (lucky, how did he get enough of that?) and Alexei Ramirez hit back-to-back homers to open the frame, before something called Brent Morel doubled to end Pavano's night. He'd eventually score to cut Minnesota's lead to one, although it could have been worse. The Sox sent six men to the plate that inning after Morel.

A Joe Mauer double was wasted in the seventh, as were back-to-back walks by Danny Valencia and Jason Repko in the eighth, but the Twins would capitalize on their chances again in the ninth. Consecutive singles by Hudson, Mauer and Cuddyer scored one, and a Matt Tolbert sac fly scored the second. Matt Capps erased Pierzynski's leadoff single/Cuddyer's error in the ninth by retiring the next three hitters, and that's all she wrote.

Minnesota now leads the AL Central by nine games, with Chicago's elimination number down to eight. It's only a matter of time. Notes, studs and duds after the jump. 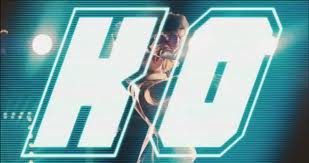