The following is my half assed attempt to break down the AL Central over the past decade (2001-2010). For those of you that don’t know what a decade is, quit reading this post, and go back to coloring. If at any point while reading this post you find yourself thinking, "the guy who wrote this might be retarded," that’s not very nice but is actually understandable. Also, if you find yourself getting offended at all, suck it. 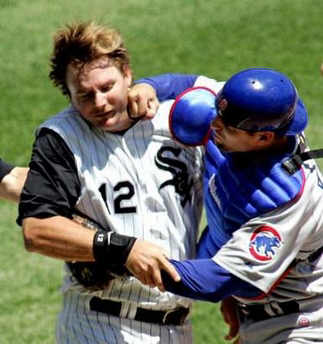 If the White Sox of the 2000s were a band they would be U2. Old as dirt, full of douche bags, have a front man who talks more then the sea cows from The View, but sure know how to perform on the big stage. They are the only team from the AL Central to win a World Series championship and I’m sure it was a ‘Beautiful Day’ for their fans. 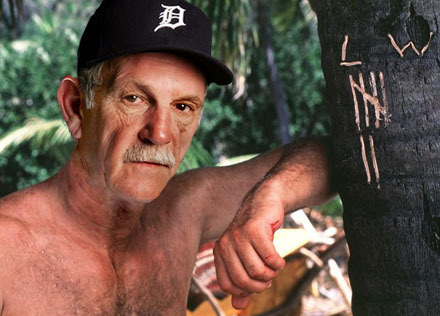 If the Tigers of the 2000s were a comedian they would be Dane Cook. People always saying how amazing they are but after you see them live, because a friend gives you a free ticket and you say "why the heck not I have nothing better to do", after five minutes you are looking for the nearest light socket so you can shove any exterior body part into it to off yourself. Even though they are so freaking overrated they still made it to the top of their industry, Dane Cook being able to make out with Jessica Alba and the Tigers making it to the World Series, but in the end leave you Waiting…for it all to just be over. 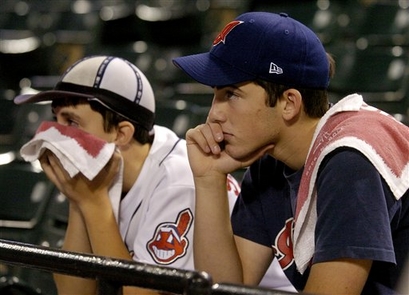 If the Indians of the 2000s were an actor they would be Jeff Goldblum. In the 90s they were hot shit, 97 was amazing, but now you don’t even know if they are alive. I know his career died with the movie Holy Man but seriously is Jeff Goldblum dead? I guess it could be worse; they could be Macauley Culkin (aka the Royals). 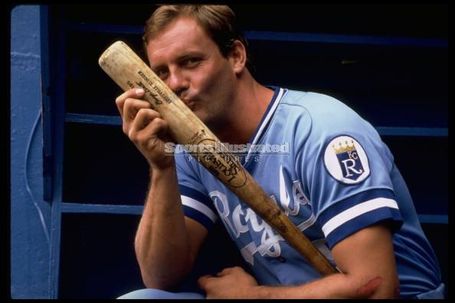 If the Royals of the 2000s were a movie they would be every movie that stared Jaime Kennedy. A disaster, but somehow still have a fan base who will show their faces in public. Watching the Royals play is like watching ‘Kicking it Old School’, not only a waste of time and money, but could have been avoided if someone would have pulled the plug 20 years ago. 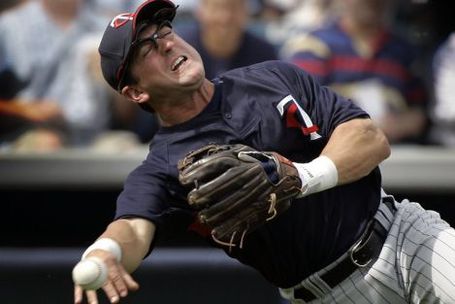 If the Twins of the 2000s were a disorder they would be premature ejaculation. Having no problem getting to the chosen land but once there it is over before it starts. Leaving everyone involved embarrassed, disappointed, and thinking if it was really worth it. The only people who get any enjoyment out of it are the people who get to make fun of you till the next time it happens.

Each team from the AL Central has their own claims to fame from the past decade.

-The White Sox can claim they were the only team to have won a WS and were a team where a retarded llama could have draft better then them.

-The Tigers can claim to have had the best attendance, appeared in a WS, and had a losing record against the Royals.

-The Royals can claim that there is no way the next decade can be any worse. Of course unless they lose ten straight seasons again, even with their amazing farm system, wouldn’t surprise me.

-And the Indians can claim that at least they were not the Royals.

Due to the Royals amazing farm system, they will win the World Series in 2012, which will lead to the end of the world as predicted by John Cusack. The world will be destroyed by a dark wizard and krakens and kung fu pandas and ok, I never actually saw this movie. It looked horrid…like the Royals of the past decade! Hahaha, you need some ointment for that burn?

On a more serious and sadder note, the following are people that contributed to the AL Central in some way and lost their lives the past decade.

*All stats were taken from baseball-reference.com. Best positional/pitcher WAR is only that player’s WAR for that team. Best draft player WAR is that player’s complete WAR through out their career. BA top 100 appearances and total WAR are only from players that made the list with that team. Reading this post can cause bleeding of the eyes, depression, rage, sleeplessness, and erectile dysfunction.

Who had the best decade?