Share All sharing options for: An Opening Gambit On MLB's Eventual Realignment

With the announcement that the Houston Astros will be moving into the American League West in 2013, discussion of further baseball realignment is going to happen. It's something I've been thinking about for a while, because it presents some unique challenges. And it's definitely a situation where, no matter what decisions are made, not everyone is going to be happy.

Below is my realignment for Major League Baseball. It's massive. After the jump I'll offer what I can in way of explanations and reasoning. 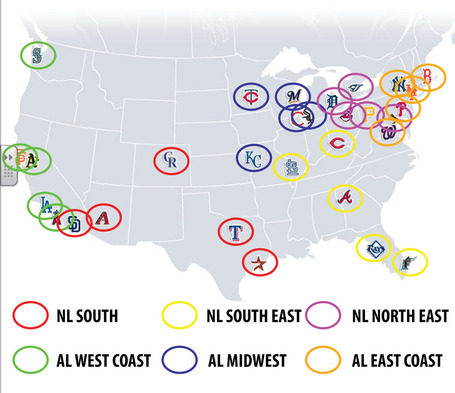 First off, here are your divisions:

I realize this isn't perfect, but think of this as a conversation starter. How would your realigned MLB look?