Breaking Down Liam Hendriks' First Start for the Twins

Share All sharing options for: Breaking Down Liam Hendriks' First Start for the Twins

Last night, Australian hurler Liam Hendriks made his Major League debut for the Minnesota Twins, throwing seven innings of three-run baseball. He allowed just four hits and three walks while striking out four, flashing a few good breaking balls and generally having good command of his fastball. It was a good night for him, even if his offense wasn't able to give him any support.

After the jump we'll take a look at his strategies last night, which he carried out with the support of Rene Rivera, including a few numbers you won't see in the box score and a breakdown of his pitch selections and locations.

Sometimes a pitcher can have results that don't represent how he pitched, but that wasn't the case last night. (All images courtesy of Inside Edge.) 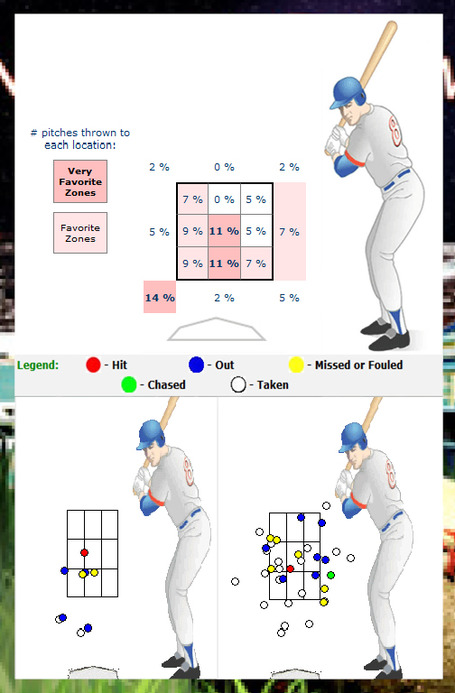 Against right-handed hitters, Hendriks didn't throw a single changeup. But as you can see in the bottom two pictures (bottom right is fastball location, bottom left is location on all other pitches), Hendriks didn't really throw much else to righties besides that fastball.

Pitch selection against right-handers was 80% fastball (35 of 44 pitches), which meant nine pitches were split between the four curveballs (located below the strike zone) and five sliders (generally down and away). Those sliders must have looked awfully temping, since all five were swung on. Only one, the one pitch which was elevated, Hendriks didn't get away with. It hung just enough for Alex Rios to pull it over the wall into deep left field.

It was one of the very few mistakes Hendriks made all night. He did leave a few fastballs right down the middle of the plate but largely got away with it. That fastball averaged 91 mph, clocking in between 89 and 93 mph. You can also see that he wasn't afraid to throw it on the inside black. 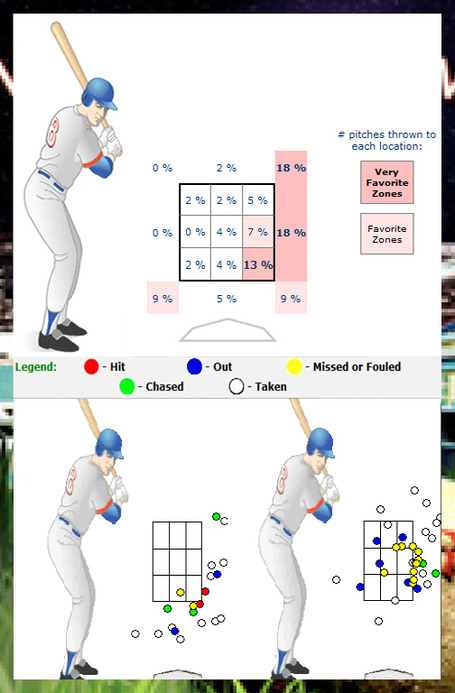 In terms of consistency, Hendriks was obviously focused on making sure his breaking balls and off-speed pitches didn't get into anybody's wheelhouse. The slider, which breaks away from right handers, would be much easier for a lefty to handle, and as a result Hendriks didn't throw a single one. Instead, he mixed it up a bit more. Only 62% of his pitches to lefties were fastballs (34 of 55), and he also threw in a handful of changeups and quite a few more curves than the right-handers saw.

Although Hendriks threw fewer fastballs by ratio, a vast majority of them were on the outer third of the plate (or off the plate away entirely). He did get a couple of swings and misses, but more impressively not a single fastball fell for a hit. If he did challenge a hitter over the plate, he won.

He also did a good job of keeping hitters off the fastball by not just going into default mode and making each first pitch predictable. Of 12 plate appearances against lefties, four of them actually kicked off with a curveball. One more was a changeup. If you can throw those for strikes it means batters can't just sit on a first pitch fastball, and that's huge. Now, just one of those four first-pitch curves went for a strike, but the important thing is that A) Hendriks was confident enough to throw a first pitch curve, and B) even if it's not a strike it changes the batter's approach.

The two hits that lefties managed against Hendriks were both excellent pitches. One a changeup and the other a curve, those are pitches and locations that, nine out of ten times, are going to be foul, swung on and missed, or at the very least just be poorly hit and an easy out.