Share All sharing options for: This Week in Twins History: World Series Moments

Jumping right into things, as usual...

October 17, 1987 - The Minnesota Twins take on the St. Louis Cardinals in Game 1 of the World Series. The Twins and Cardinals were playing the first indoor World Series, and Minnesota routed the Cards 10-1, with Dan Gladden hitting a grand slam in the fourth inning. Relive some of the magic of Game 1:


October 18, 1987 - The Twins win Game 2 of the '87 World Series, with Bert Blyleven picking up a win and Gary Gaetti and Tim Laudner hitting home runs to give Minnesota an 8-4 win. They lead the Series 2-0. 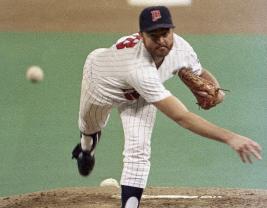 October 19, 1991 - The Twins open the World Series with the Atlanta Braves at the Metrodome. Jack Morris gets the win for the Twins, who beat the Braves 5-2. Both Greg Gagne and Kent Hrbek hit home runs in the game, and a rogue Kent Hrbek foul ball ended up hitting then-Commissioner Fay Vincent's daughter in the head (she was okay). 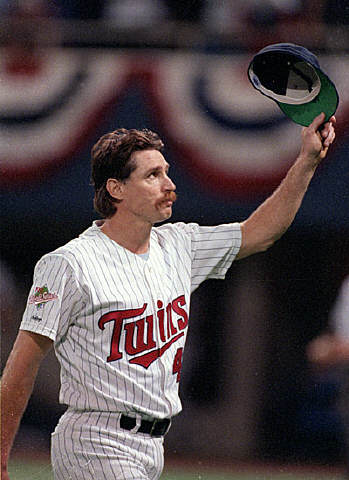 October 20, 1987 - The Twins lose Game 3 of the Series to the Cardinals in Busch Stadium, with Juan Berenguer credited with the loss, when the Cards score 3 in the seventh inning and beat the Twins 3-1.


October 20, 1991 - In Game 2 of the '91 World Series, both Scott Leius and Chilli Davis hit home runs to lead the Twins to a victory against the Braves at the Dome. Kevin Tapani is the winning pitcher, and the Twins took the game 3-2. 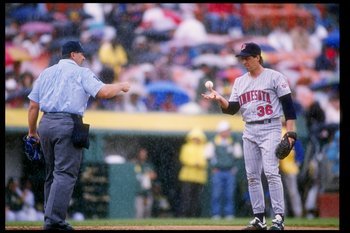