Covering more of our favorite World Series moments for the Minnesota Twins.

As per usual, we're jumping right in this week...

October 21, 1987 - The Minnesota Twins drop Game 4 of the '87 World Series to the Cardinals, as Frank Viola picks up the loss and the Twins lose 7-2. The loss ties the series at two games a piece. Greg Gagne hit a solo home run for Minnesota, but it was St. Louis' Tom Lawless (awesome last name) hitting a 3-run bomb off Viola that did the Twins in. 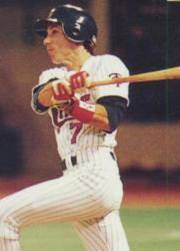 October 22, 1987 - The Twins drop their second in a row, as they lose 4-2 to the Cardinals. Bery Blyleven is the losing pitcher on record, though the first five innings of the game were quite the pitcher's duel. It remained scoreless until the 6th, when Curt Ford hit a two-run single. The Twins scored two in the 8th, but wouldn't be able to overcome the Cardinals' lead.

October 22, 1991 - Minnesota loses to Atlanta 5-4 in 12 innings in Game 3 of the '91 World Series. Scott Erickson, who had won 20 games in the regular season, started the game for the Twins, but the losing pitcher on record was Rick Aguilera. The game actually featured Rick Aguilera pinch-hitting for Mark Guthrie, becoming the first pitcher to pinch-hit in a World Series game since 1965. 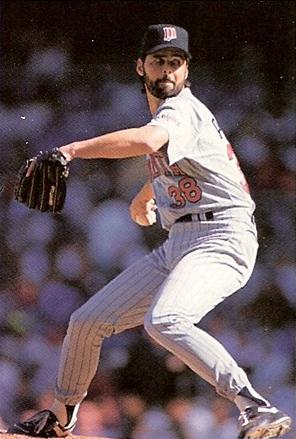 October 23, 1991 - The Twins drop Game 4 of the Series in Atlanta, tying it at 2 games apiece, with the Braves scoring one in the bottom of the ninth to win the game. The Minnesota losing pitcher was Mark Guthrie, though Mike Pagliarulo did hit a solo homer in the game.

October 24, 1987 - With their return to the Metrodome, the Twins beat the Cardinals 11-5 and tie the Series. Minnesota's winning pitcher was Dan Schatzeder, and in the game, Don Baylor and Kent Hrbek hit home runs, staving off a St. Louis World Series win. This was the last World Series game to be played during the day, with a 4:00 EST start time. 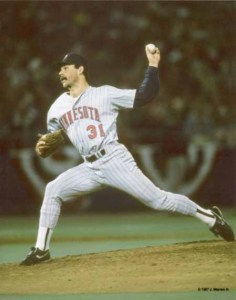 October 24, 1991 - On the verge of losing the World Series, the Twins drop Game 5 of the series in Atlanta, losing 14-5. Kevin Tapani is the losing pitcher on record, and the Braves hit three home runs to the Twins' none. It was a rough game for Minnesota, with a 6-run seventh inning being just too much to overcome.


October 25, 1987 - The Minnesota Twins win their first-ever World Series Championship, beating the St. Louis Cardinals 4-2 at the Metrodome. Frank Viola gets the win, Jeff Reardon gets the save, and Minnesota Twins fans all over get to celebrate. There were no home runs in this game, just good ol' small ball, and the Cardinals were unable to get to Viola for more than the two runs in the second inning. After that, things went the Twins' way, and the team won their very first championship in front of their home crowd. 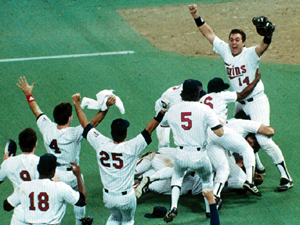 October 26, 1991 - "...And we'll see you tomorrow night!" One of the (arguably, I guess...) best calls in sports history, Jack Buck's line sets up Game 7 for the Twins and Braves, as Kirby Puckett, World Series Hero, hits a home run in the 11th inning to keep the team in the Series and force Game 7. The Twins' return home to the Dome provided and absolutely breathtaking, exciting baseball game, and a World Series that goes 7 games is always (okay, usually) so much more fun. Rick Aguilera picked up the win for Minnesota, and Puckett hit the only home run for Minnesota. 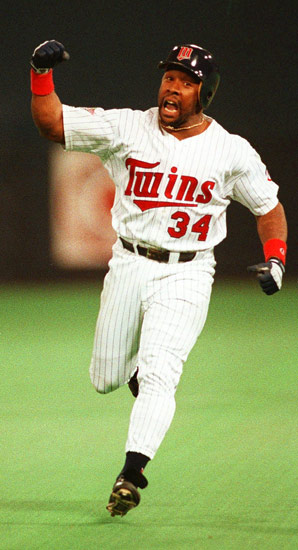 October 27, 1991 - The Twins win their second World Series title at home in the Dome, beating Atlanta 1-0 in 10 innings. In what was an amazing baseball game, Jack Morris pitched a scoreless 10 innings. In the postseason. In Game SEVEN of the World Series. Talk about cojones. Neither team was able to score runs early on, and only on a Gene Larkin hit to left field were the Twins able to score Dan Gladden from third base and win their second World Series title. Often regarded as one of the best, if not the best, World Series ever played, Game 7 definitely reinforced the idea of an October Classic. The series had everything a baseball fan could ask for--drama, heroics, and a back-and-forth that bordered on epic. 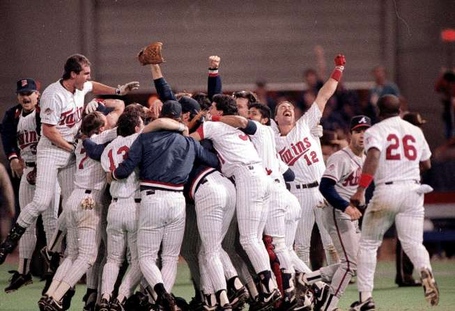 
I hope you enjoyed reliving these moments as much as I enjoyed writing about them. Even if the Twins have been kind of terrible the past couple of seasons, we do at least have some very fond memories to look back on. Next week we'll cover some offseason acquisitions and trades, so don't forget to come back!