This week, we delve into some postseason heartbreak for the home team, some exciting postseason moments, and we reflect on the goodness that is catcher Joe Mauer.

On this last day of the Twins regular season, let's jump right into some happier times (and yeah, sorry, also some sad times...), shall we?

September 30, 2008 - The Twins play the first tie-breaker in the American League Central for the division title in Chicago, taking on the White Sox at US Cellular Field. As we all remember, the White Sox beat the Twins and then-good pitcher Nick Blackburn 1-0 on a Jim Thome solo home run. What a day.

October 1, 1945 - Rodney Cline Carew is born in the Panama Canal Zone (I know, right?). His mother, a Panamanian, gave birth to him on a racially segregated train in the city of Gatun. The doctor on the train that delivered baby Carew's name was Dr. Rodney Cline, and in appreciation, his mother named her son after the physician. 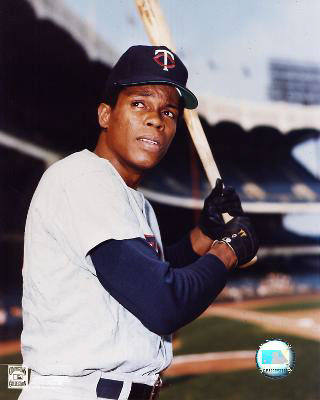 October 2, 1974 - Harmon Killebrew plays his last game as a Minnesota Twin. His pinch-hit appearance in the bottom of the ninth inning ends the season--and his Minnesota career--with a strikeout from pitcher Steve Foucault.

October 2, 1981 - The HHH Metrodome is inflated for the first time. It took two hours to inflate the Dome. 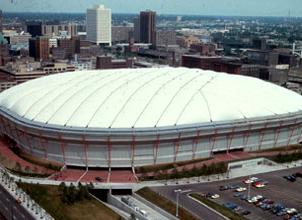 October 2, 2009 - Joe Nathan gets his 46th save of the season, beating out Eddie Guardado's 45 saves in 2002 as the Minnesota Twins record holder for saves in a season. Nathan ended the season with a total of 47 saves.

October 6, 1965 - The Twins play their first ever World Series game at Met Stadium, taking on the Los Angeles Dodgers in front of a 45,000+ crowd. Mudcat Grant and the Twins end up beating the Dodgers 8-2, and Grant became the first African-American pitcher to win a World Series game. The Twins, of course, would go on to lose the World Series to the Dodgers. 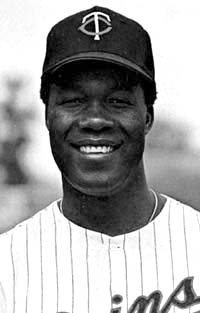 October 6, 2009 - Game 163, Redux: The Twins play their second tie-breaker game in as many years, as they take on the Detroit Tigers at home in the Metrodome for the AL Central division title. In what was, arguably, one of the most exciting, intense games of baseball played in recent memory, the Twins and Tigers went back and forth with scoring runs, and ended up going to the 12th inning. Carlos Gomez scored the winning run for the Twins, on an Alexi Casilla hit to right field. The winning pitcher on record? Bobby Keppel, of course. 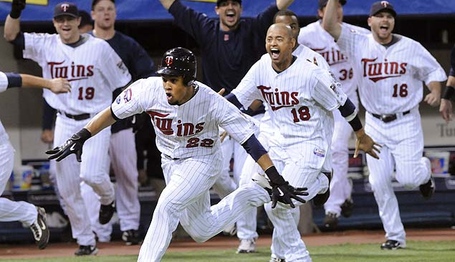