For a little while in 2011, Scott Baker was one of those very few highlights for the Twins. In early June he owned one of the best fastballs in the game, and by the end of the month we were wondering whether he was one of the best pitchers in the American League. Naturally it was only a matter of time before the dark magik which permeated the corpse of the 2011 campaign set its eyes on him.

Baker would hit the disabled list twice between early July and the middle of September, both time for his right elbow. Calling it a "right elbow" issue may have just been a matter of pointing to the nearest area of the arm (shoulder, elbow, wrist). More specifically it was diagnosed as a strain in his right flexor. 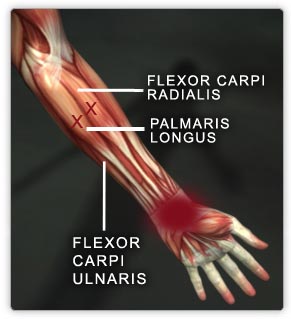 Joe Christensen tells us that Baker couldn't get loose during his start on Saturday, and therefore will miss his scheduled start today. The Twins and Rick Anderson are preaching caution.

Pitching coach Rick Anderson said he wants Baker to get through a bullpen session with no trouble before scheduling his next start. Baker told the staff his arm felt good during workouts Wednesday, but this is an issue the Twins will monitor daily.

At this juncture this is just a matter of caution, but knowing Baker's history (he's pitched a full compliment of starts in a season just one, in 2009) and after going through the injury maelstrom that was 2011, it can be hard to not react with disappointment. Another injury to a pitcher who could be the leader of this rotation would be incredibly frustrating.

No doubt we'll hear more about this in the next few days. Hopefully it's just a thing that Baker has to work through, and he can come out of it feeling good and pitching well.