Photos from Wednesday's 6-5 Twins Win Over the Angels

Share All sharing options for: Photos from Wednesday's 6-5 Twins Win Over the Angels

Target Field is a beautiful ballpark, it truly is. If you haven't been there yet, do yourself a favor and stop in for a game when it's convenient for you. It looks like a ballpark from the outside while retaining a number of unique features, and even forgetting about all the stuff through the concourses - the field of play and the views provided are immaculate. I realize I'm biased, but that doesn't mean I'm wrong: I've been to Fenway Park, and I appreciate the history associated with it all, but it doesn't hold a candle to Target Field. Fenway's history is what makes it an attractive ballpark; Target Field already has the aesthetic. I can only imagine how great it will be once it accrues some history of its own.

Anyway...I was at the game on Wednesday, when the Twins picked up their first win of the season. My only camera was my BlackBerry, so the photos aren't the greatest. But I wanted to share a few anyway. Enjoy! 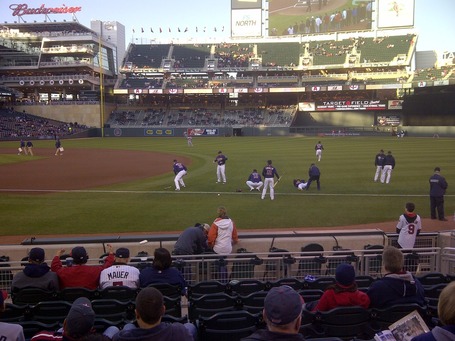 The boys warming up. Considering it got a little chilly, I'm not sure how long the warm up worked for. 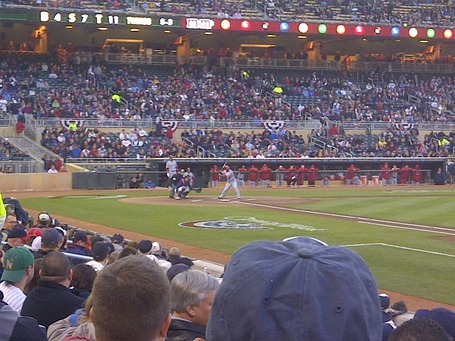 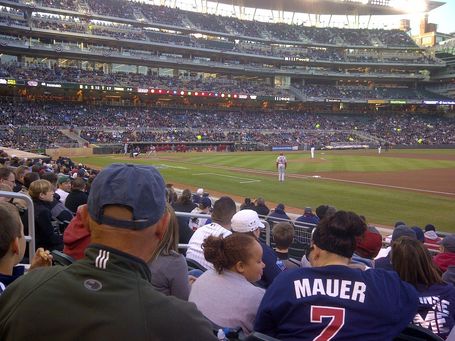 Swing, battah! Not as awesome as seeing Perk strike him out later in the game. 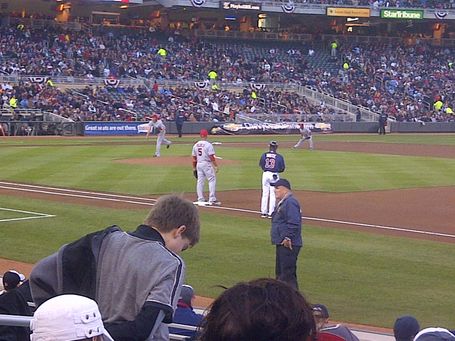 Pretty sure I heard Jerry White talkin' some trash. 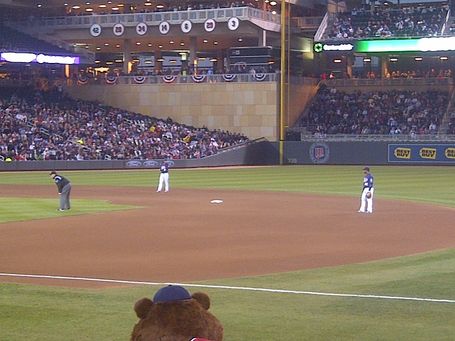 Carroll and Casilla...and TC's head. There's so much green from this level. It was like I could reach out and touch the grass. 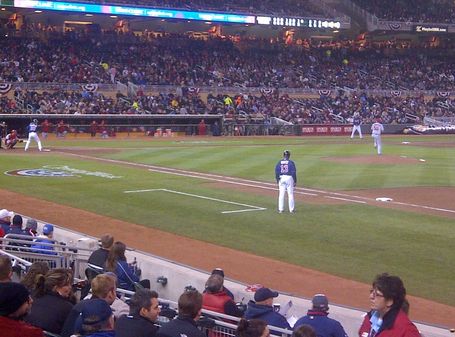 Justin at the dish. I think this is the plate appearance where he just swung at everything. 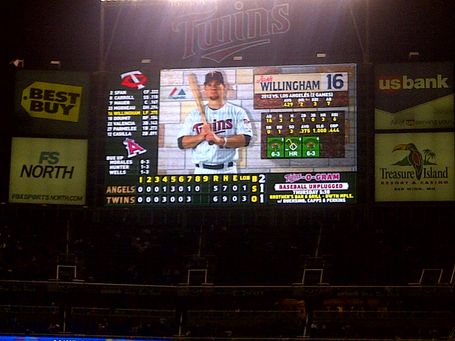 Willingham, slugging 1.000. He jacked a massive homer into left earlier in the night that still hasn't come down, and I took this pic right before all of the first base line thought he'd sent another one out. Of course, it died in the outfield. 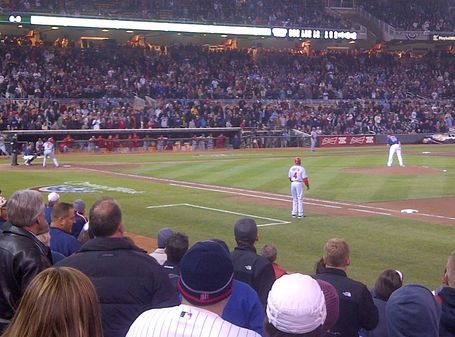 Capps, debuting in the ninth. 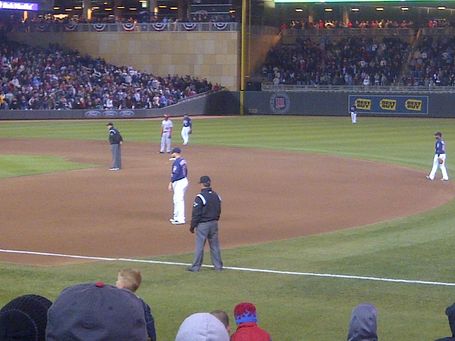 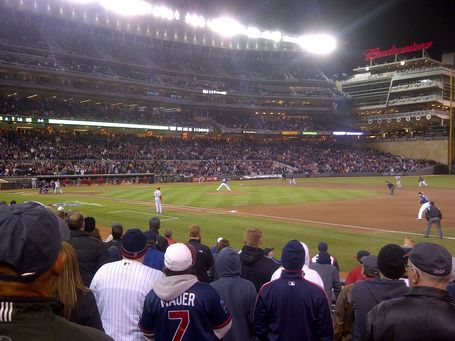 Capps delivering the last pitch of the game... 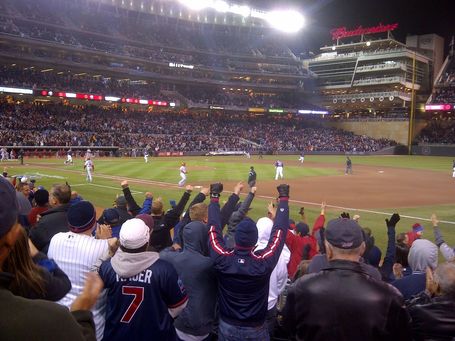 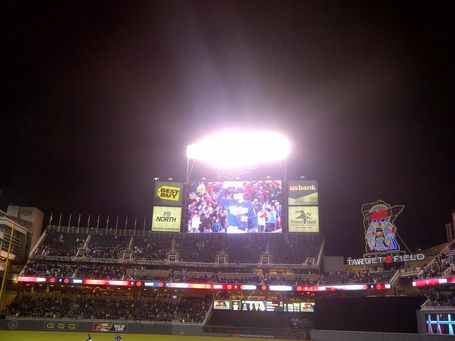 Capps is pumped. Time to eat!