Ladies and gentlemen, baseball is finally upon us. While the dormant offense yesterday wasn't very encouraging, I'm still excited for this season. Plus, Josh Willingham getting that first home run out of the way likely will aid our fellow Twins fans in getting over the loss of Michael Cuddyer.

Today is a jam-packed Breakfast and Baseball post, so I hope you don't have anywhere to go in the early hours of the day. 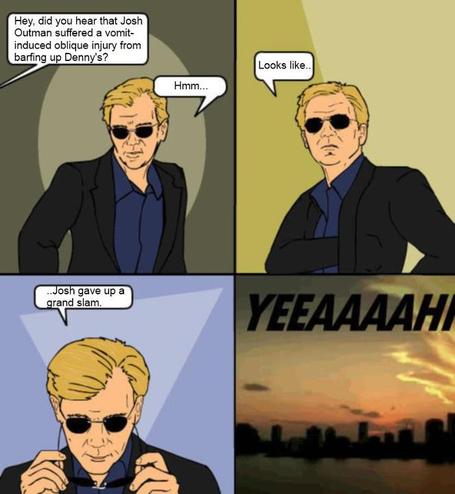 Congratulations, everyone. We made it through the "cold" winter and baseball is finally back in session. Catch me later on today as we see if the Twins can notch their first victory of 2012. By the way, if you have some suggestions of what you'd like to see from me for these Breakfast and Baseball posts, feel free to leave your opinion down in the comments suggestion. Just be a little gentler than this person, please.