Share All sharing options for: 2012 Twins Draft in Review: Fun With Demographics

With the 2012 MLB Draft now in the rear view mirror, everyone starts their review process. Some people like to give it grades and pretend like it's an immediate "good" or "bad" draft, maybe somewhere in between, but the reality is that we won't really know how amazing or terrible our selections were for another three or four years. At least. With that in mind, I highly recommend Aaron Gleeman's glance through the Twins' draft.

What I wanted to do quickly was to break down exactly how the Twins drafted. Below are just a couple of quick-hit demographics, followed by a few worthy notes. Enjoy and we'll see you back here later this afternoon for more Off Day fun. 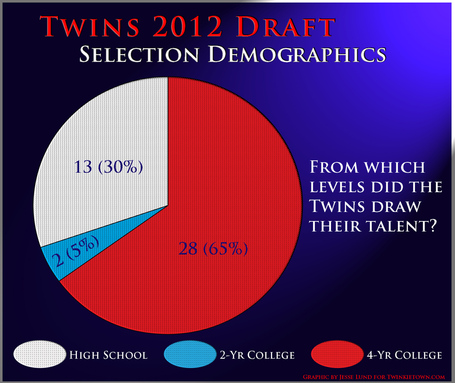 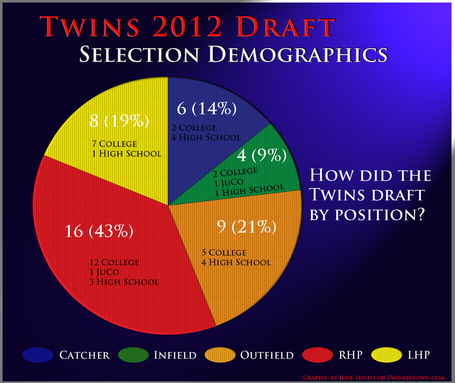