Of course you remember Joe Mauer's 9th inning, go-ahead home run against the Red Sox last Saturday. After the game, one of my usher buddies (we'll call him "Brendan," because that's actually his name) tweeted his amazement at how Mauer could hit a ball over the Green Monster, but struggles to get the ball out of Target Field. Well, on the Home Run Tracker website, they have a nifty tool where you can not only look at a 2D overhead trajectory of every home run hit in the major leagues, but you can also superimpose another ballpark's dimensions onto the home run to see if it would have gone out in another stadium. Using this, I was able to put Target Field on Mauer's Fenway Park home run, and I discovered that if he had hit the very same ball in Minneapolis, it likely would have resulted in any of the following three: A wall-scraping home run, a double off the fence, or an out. 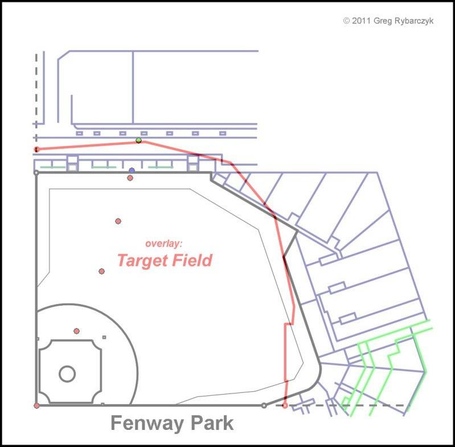 Click to embiggen to a size about 1/100th as big as Danny Valencia's ego.

How does blame mauer bot feel about this? 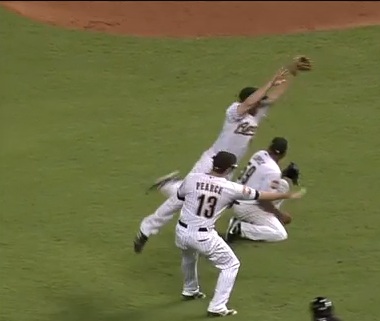 Folks, by the time you read this, I will be off to Niagara Falls, Toronto, and Montreal on a family vacation. Thus, I will not be on duty for the Breakfast and Baseball post next week. What ever will you do without it?!?!?