This Week in Twins History: No Hitters, Shank, and Puckett's Brewer Killing

Share All sharing options for: This Week in Twins History: No Hitters, Shank, and Puckett's Brewer Killing

August 26, 1962 - The Twins have their first-ever no-hitter thrown, as Jack Kralick throws a near perfect game against the Kansas City Athletics. With one out in the 9th inning, Kralick walked batter George Alusik to spoil the perfect game, but the Twins went on to win 1-0, thanks to Kralick's nine solid innings.

August 28, 2008 - MLB implements its instant replay policy for the first time, with the policy only being used for home run balls. The replays were used to determine if balls were fair or foul, if they actually left the playing field, and whether a ball was subject to "spectator interference". The Twins playing against the Oakland A's was one of the first games played under the new instant replay rules.

More Twins and baseball moments after the jump!

August 28, 2009 - The Twins acquire Jon Rauch from the Arizona Diamondbacks. The Twins sent cash to Arizona for the giant pitcher, who later became (lovingly...) known as Shank around these parts. 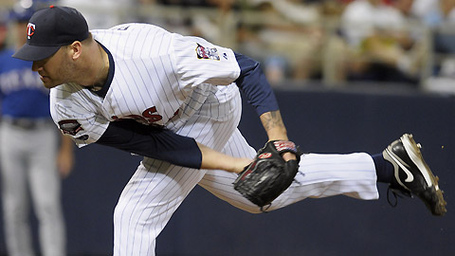 
August 30, 1987 - In what was one of the Twins most amazing years as a franchise, and in a year full of memorable moments, one weekend in particular sticks out with franchise favorite Kirby Puckett--the weekend Puck absolutely demolished the Milwaukee Brewers. On this date, Puckett went 6-for-6 with two home runs, two doubles, and two singles. He had 10 hits in two games, tying a major league record. The Twins went on to beat Milwaukee 10-6. 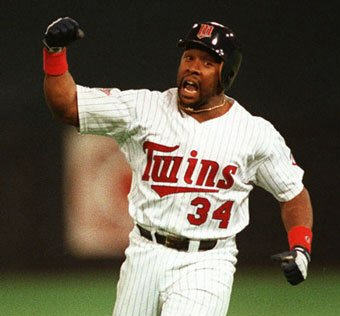 August 31, 1993 - The Minnesota Twins play their longest game in team history, a 22 inning epic battle with the Cleveland Indians. The game lasted 6 hours and 22 minutes.