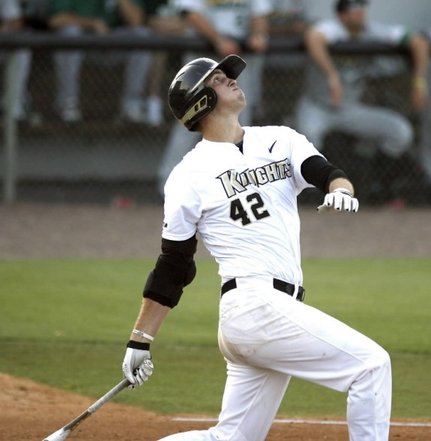 Date of Birth: April 2, 1990
Birthplace: Altamonte Springs, FL
Height: 6'5"
Weight: 210 lbs.
Position: 1B
Current Team: Elizabethton Twins, Rookie Appalachian League
2012 Stats: 136 PA, .270 BA, .382 OBP, .435 SLG, 31 H, 4 HR, 25 RBI, 19 BB, 1 SB
Since there was no vote for Minor League Player of the Week (still another great post by roger, though), I made the executive decision to name DJ Hicks as the Twins Minor League Player of the Week/Month, as he hit a grand slam in the bottom of the 12th inning to give the Elizabethton Twins the win for the Appy league's championship over the Burlington Royals on September 3, 2012.
We already covered the game a bit last week, when we talked about Max Kepler, but this time we'll be focusing instead on first base prospect DJ Hicks' performance on that eventful evening.
Continue reading after the jump.

For most of the September 3rd game, Hicks didn't really have an exceptional or great game. His first two at-bats were groundouts, and he made some routine plays in the field. In the fifth inning, he did single to right field, however he flew out to left field in the bottom of the eighth inning. In the bottom of the ninth, when the Twins would tie the game to set up their spectacular finish, Hicks was hit by a pitch from pitcher John Walter (Hicks would go on to score in this inning as well, as Adam Walker hit a two-run home run to tie the game).

JUMP TO: Bottom of the 12th inning, score tied 6-6. Bases are loaded with Twins--Romy Jimenez at 3B, Niko Goodrum at 2B, and Max Kepler at 1B. DJ Hicks comes to the plate, in arguably the biggest moment of his young baseball career. Though the idea of being 'clutch' is always debatable (and debated), Hicks was the Clutch Monster on this night, as he hit a grand slam to left field, securing the Twins the Appy League Championship title.

Not a bad week for a rookie. 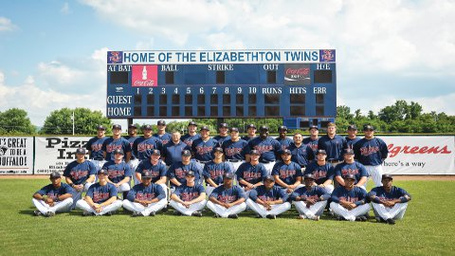