This Week in Twins History: Revisiting Gary Gaetti, Twins (and Bert!) Win #2000, & the End of the Kirby Era

Revisiting big moments and memories in Minnesota Twins history, including the ups and downs of a few fan favorites.

Share All sharing options for: This Week in Twins History: Revisiting Gary Gaetti, Twins (and Bert!) Win #2000, & the End of the Kirby Era

Hooray new formatting! Let's jump right into it this week, shall we? Your moments in Twins history... 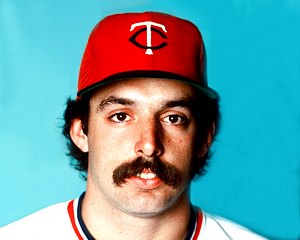 September 24, 2004 - Johan Santana wins his 20th game of the season, marking the first time a Venezuelan pitcher has won 20 games or more. As for the Twins, Santana set a team record by recording 13 consecutive wins. 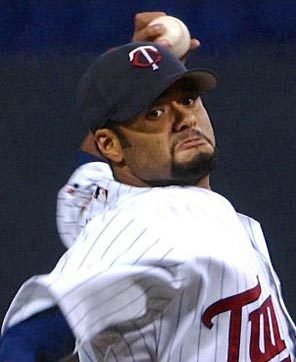 September 25, 1985 - Bert Blyleven and the Minnesota Twins beat the Texas Rangers 5-1 at Arlington Stadium in Texas, notching the Twins' 2,000th win. It was Blyleven's 15th win of the season, and it was a complete game effort for the Hall of Famer.

September 26, 1981 - The Twins have their last rain delay for 20+ years, as the Twins and Rangers game is delayed at Met Stadium. There are 4,959 fans in attendance and the game was delayed for nearly 50 minutes. 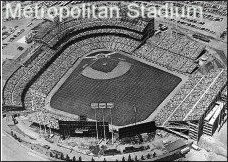 September 28, 1974 - Nolan Ryan no-hits the Minnesota Twins, one of his seven career no-hitters. He struck out 15 batters and the Anaheim Angels ended up winning 4-0.

September 28, 1995 - In what would end up being the end of not just his season, but his entire baseball career, Kirby Puckett is hit in the face with a baseball that ended up breaking his jaw and causing major eye issues. He did begin spring training the next season, but after being unable to see out of his right eye, and subsequently being diagnosed with glaucoma, Puckett was forced to retire from the game he loved so much.