Kevin Correia continued to amaze tonight, keeping the Angels off-balance with a little bit of everything. Once again he picked up a lot more outs on the ground (eight) than through the air (three), but tonight that cold air must have had him feeling good because he racked up five strikeouts. He struck out more than five batters just three times in 2012, and one of them was against the Pirates when he K'd nine. 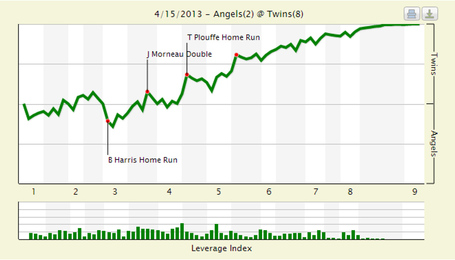