We knew that Kevin Correia couldn't pitch 7 innings every game. It's still disappointing when it fails to happen, though, and that's exactly what we saw today.

His first two innings were pretty rough as he had to throw over 50 pitches combined, but he settled down in the next two. However, the struggles came back in the 5th and being near 100 pitches, we knew his day was over. The 'pen wasn't great in relief, as Anthony Swarzak and Ryan Pressly gave up 3 runs in 3 innings.

However, we got to see Aaron Hicks' first career home run! 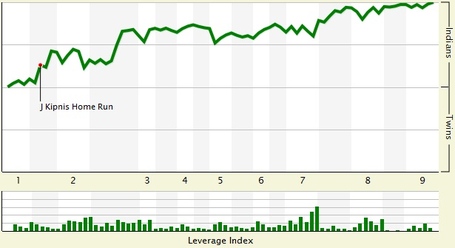