Well, somehow, the Rochester Red Wings, the AAA Affiliate of the Minnesota Twins, are as-of-now the proud owners of the International League Wild Card spot, despite having started the year at 2-11, after a 3-1 win over Lehigh Valley (Philadelphia Phillies organization) on Monday night. Since Norfolk (Orioles organization) was washed out, it allowed the Wings to take a half-game lead and sole possession of the spot, and they are now 3.5 out of first place in the IL North, behind the Pawtucket Red Sox.

It was a rather speedy game, about two and a half hours, with the Wings being led by pitcher Logan Darnell (6 IP of shutout ball) and paced at the plate by two players who have spent most of the season with the Twins: Oswaldo Arcia and Chris Parmelee, both of who had two hits.

The scoring for the Wings started in the bottom of the second inning, when Arcia- who has been hitting great since being sent down- knocked a solid double with one out, scoring later in the inning on a Ray Olmedo single. 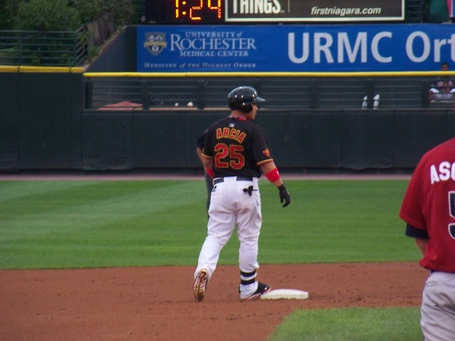 The Wings added another run an inning later, when IronPigs' first baseman Cody Overbeck allowed Eric Farris to reach first on an error, and then Parmelee knocked a ball just off the tip of Overbeck's glove for a single that also allowed Farris to reach third, where he scored on a Deibinson Romero fielder's choice. 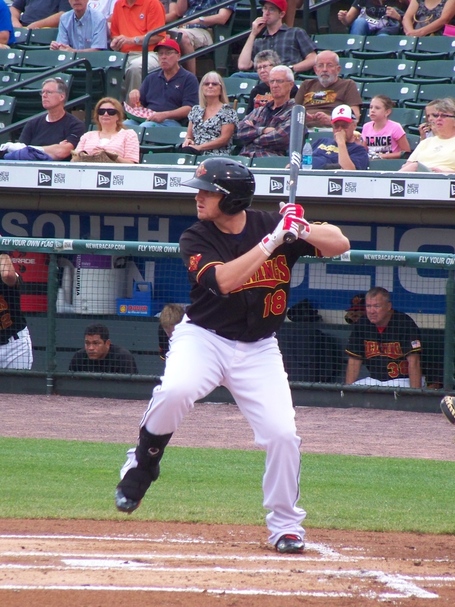 Parmelee was also involved, in a way, with the third and final run the Wings scored, in the fifth inning. After Farris singled to lead off the inning, Parmelee slammed a ball into the gap, getting Farris to third. Only problem: Parmelee tried to stretch his long single into a double, and was cut down at second. Thankfully for the Wings, Farris would still score later in the inning when Arcia knocked him home with a single.

The lone Lehigh Valley run came in the eighth, when Aaron Thompson gave up a RBI single to Cody Asche. Shairon Martis worked the ninth and got the save.

Although the Wings do now hold a lead in the Wild Card, the next week will be critical, with both the remaining games against Lehigh Valley (who are 2.5 games back in the WC) and a series against Norfolk ahead. It'll be interesting to see how they do, especially given the various exiled members of the 2013 Twins (Arcia, Parmelee, Escobar, etc.) now trying to impress their way back to the big club and with Nick Blackburn due to start tonight on his rehab tour.

Dan Glickman writes about baseball at the Baseball Continuum.