Today's Saturday Notebook looks at Mariano Rivera's farewell tour and what occurred for him in Minnesota, a minor league team getting a walk-off hit but still losing the game, the odd complaints about Homer Bailey after he pitched a no-hitter, umpire Brian Runge getting fired and it wasn't for bad umpiring, and more.

Mariano Rivera is one of the greatest relief pitchers of all time. Dominating the opposition with a single pitch, it feels like he's been closing forever. However, if you take a look at the back of his baseball card, you'll see that he was actually a starting pitcher for a portion of his rookie year in 1995. In 1996, he was setting up then-closer John Wetteland. Rivera actually pitched better than Wetteland that year, and Wetteland left the Yankees at the end of the season to join the Texas Rangers. In stepped Rivera, and 636 saves later, he will be retiring at the end of this year as the pitcher many would consider to be the best closer of all time.

Typically when a superstar announces his retirement a full season early, he is showered with gifts from opposing teams while he's on the road. While the Twins did continue that trend by giving Rivera an absolutely hilarious gift... 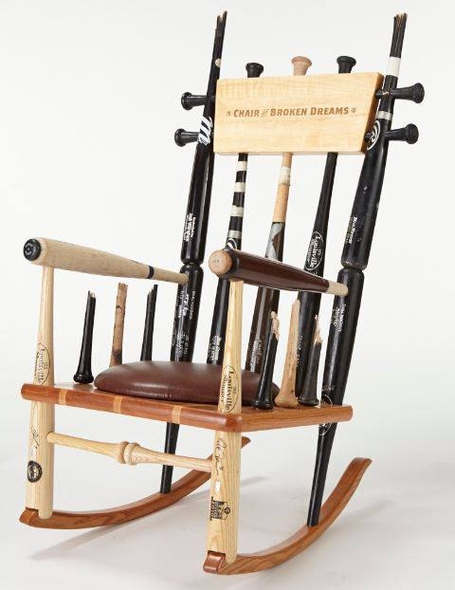 ... Rivera announced that he wanted to do something else instead. Rather than be on the receiving end of gifts, Rivera instead wanted to be the one doing the giving. He announced that at each stadium he would visit this year, he wanted to meet part of that team's "behind the scenes" staff, the group of people that did the thankless but necessary work for the team.

Rivera's visit to Minnesota this week meant that a lucky few would be given the opportunity to meet with the Yankees closer. From asking my boss at the Twins, he told me that the people chosen to see Rivera would all have worked for the team for over 20 years. As we found out in Jim Souhan's Star Tribune column, it would include ushers, chefs, even Sue the organist, and prior to Tuesday evening, Rivera met with these people.

I must say that I was impressed that Rivera did his homework on every person, and as the classy individual that he is, he seemed as interested in each and every person as they were with him. Although I definitely despise the Yankees organization, especially for owning the Twins for all of Ron Gardenhire's tenure, Rivera is one of the few Yankees that I respect and I hope that he has a relaxing and fulfilling retirement.

On to the tweets, pictures, GIFs, and other tomfoolery I could find around the Internets.