So much genius, so little time.

[Edit: February 14, 2016 - Brandon's post reminded me of this, and so I thought I'd bring it back for another look. My laptop with Photoshop is non-functional at the moment, but if I can get it up and running in the next couple days we'll see if I can't try a couple more of these. If not...there's always next year. Enjoy!]

Six days ago was Valentine's Day. Unknown to the general public was that the Twins briefly considered cashing in on the personalities within their clubhouse, in the form of Valentine's Day cards. The proposal was ultimately struck down, but I think there's something to be said for one or two of the genius designs - and Twinkie Town has been lucky enough to get a look at a handful of the rejected "Twins Love Tokens."

The first tries to capitalize on Brian Dozier and his incredible hair. It's sweet, really. 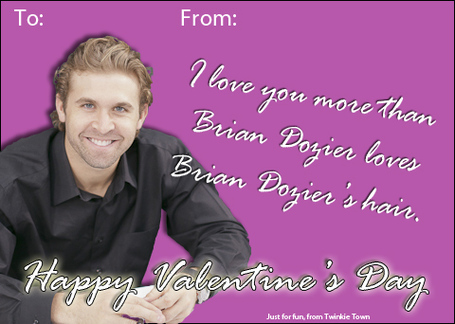 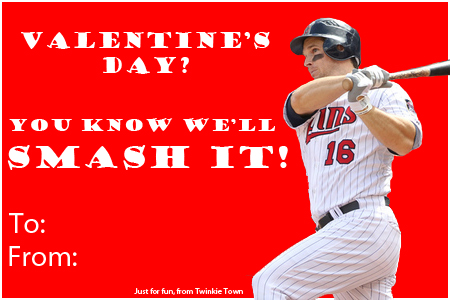 I feel like the Twins were getting a little cheeky when it came to Glen Perkins and his love of grilling. 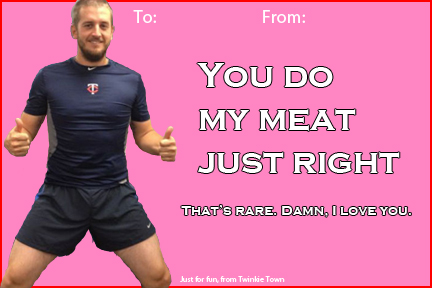 Of course, not all of the cards were designed along the straight-and-narrow guidelines of traditional loving relationships. The Twins also developed a card for that one special person who, for whatever reason, was not in your life for a while...but now they're back. Just like the Jasons! 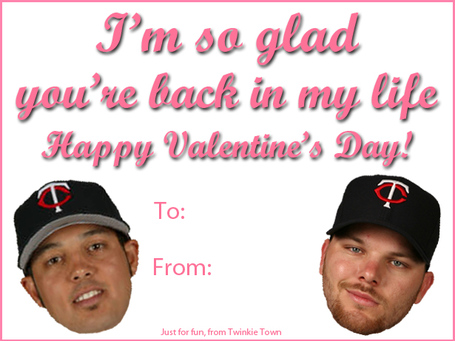 There's also a card for letting that special person in your life know, through Trevor May, that, hey - you're just a bit unpredictable! 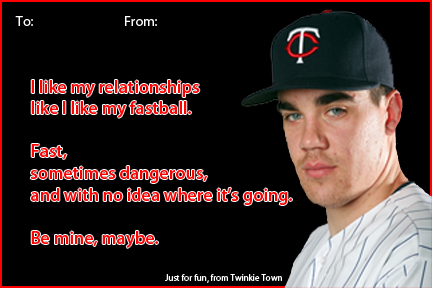 A card featuring Kevin Correia is for that person that maybe isn't expecting you to be all that you can be...which is totally average. Because hey, it's all relative, and sometimes you need to manage expectations. 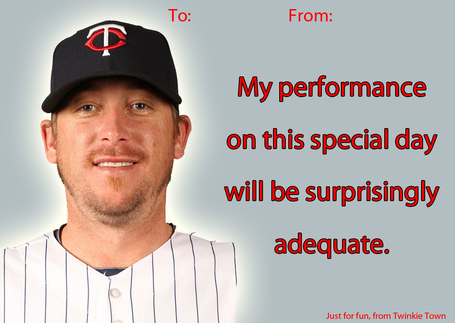 Finally, what good would monetizing player personalities be without the star of the team? I'm not sure why this one didn't make the cut. 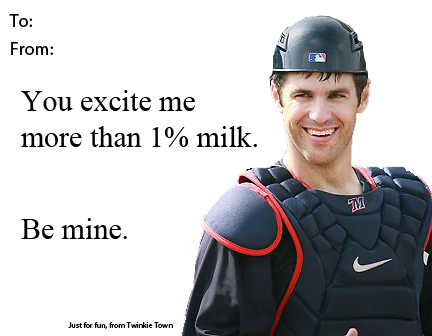 I'm sure there were other designs that weren't shared with Twinkie Town. If you come across any, just let us know.