The weather is finally warming up! Enjoy a picture of me on my spring break. 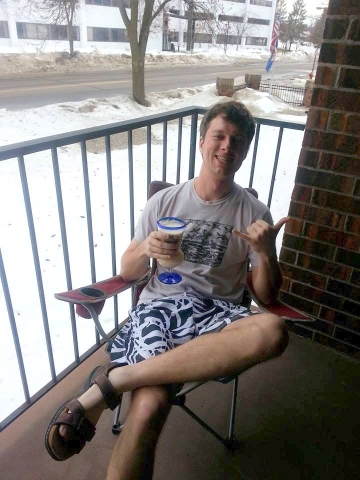 And finally, the return of baseball games means the return of the Lightning Round, where I find the GIFs, videos, tweets, and other important things that just didn't warrant a written paragraph.