Share All sharing options for: Minor League Update: Who's Left in Fort Myers?

This week, we'll be taking a look at what players have made the cuts so far to remain with the team at Spring Training in Fort Myers, Florida. We'll look at their spring performances, and where we can expect to see them once the season starts.

We'll start with Alex Presly, who has been playing pretty regularly so far this Spring. Presly's been playing the outfield and, while his defense has been solid enough, he's been struggling at the plate. In his 30 plate appearances thus far, he's hitting just .179 with 1 RBI and 1 BB. He's also been caught stealing 3 times. Ouch. He's also K'd 8 times, with just a .233 OBP and .179 SLG. 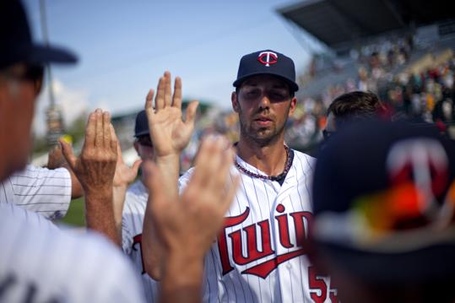 Next, we'll look at Chris Colabello, who's been playing for a spot on the roster as well. Colabello has been alternating between 1B and outfield (though, since Joe Mauer will be taking first base this season, it's more likely to see Colabello as a backup for either position). He's been hitting very well so far -- his batting average has climbed to .385, with 3 doubles, a homer, and 7 RBI in 32 plate appearances. Colabello has walked 6 times and struck out 6 times as well. His OBP and SLG are .500 and .615, respectively.

Wilkin Ramirez is another player that's made the cuts so far. Ramirez has been doing well at the plate this Spring, while being defensively solid. In his 23 plate appearances, he's hitting .304 so far, with a double and a homer. he's K'd 7 times, however, and drawn no walks. I'm sure that's something that management will be keeping an eye on, since it's bringing Ramirez' OBP way down (.304). His SLG is currently sitting at .478. 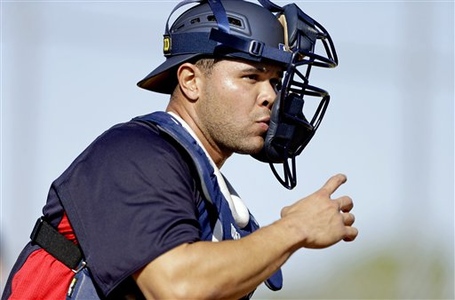 Another player that's made the cuts that we're likely to see much more of this season is catching prospect Josmil Pinto. He's had a great Spring at the plate -- and if he can work on his defensive skills a bit more, he'll have a great season. In his 13 plate appearances (okay, yes, small sample size, I know, I know), he's hitting .455/.538/.545 with a double, two walks, and just one strikeout.

Eduardo Escobar has lasted this long into Spring Training as well. Escobar's had a great Spring at the plate, and is battling for an infield roster position. He's helped his case -- he's currently hitting .333/.320/.500, with two doubles, a triple, and SEVEN RBI. We'll ignore the five strikeouts for now, as it's refreshing to see good hitting consistently (so far) at the plate. 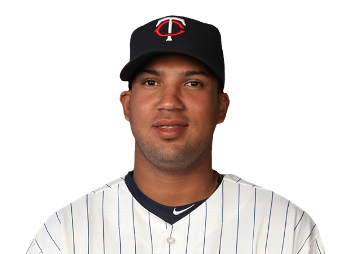 As far as pitching goes, we're still watching Deolis Guerra. He's pitched 4 innings, and struck out 7 of the batters he faced (his VERY small sample size K/9 is 15.8, so you know...All Star). He hasn't walked a batter yet, and has a save under his belt from Monday's game against the Marlins. Guerra has walked two batters he's faced, but only given up one hit. It'll be interesting to see what the Twins do with him once Spring Training is over.

Michael Tonkin is another minor league pitcher that made it through the cuts (and that I kept a close eye on last season, as he pitched very well) and who's looked good in his limited appearances. He's pitched six innings, facing 21 batters. Tonkin's given up just one hit, 2 walks, and has struck out 5 -- and allowed no earned runs. I look forward to seeing how much Tonkin can progress this season with the team.

What do you think, TT readers? Where do you place some of the minor leaguers by the time the season starts? Who are you most excited to see during the 2014 season?