These are real. Totally, totally real.

As you might have noticed yesterday afternoon, one of Myjah's bullet points regarding the Dodgers-Twins series had to do with a nickname that Vin Scully had for former Twin Justin Morneau.

Legendary Dodgers broadcaster Vin Scully only travels to away games on the west coast, so he will not be making it to Minnesota. Even if he did still travel with the team, he probably wouldn't come here based on how much he complained about Minnesota weather on Sunday. Also during the Dodgers-Rockies on Sunday, Vin referred to Justin Morneau as "Big Butter Egg Man."

What very few people are aware of, however, was the sheet of paper on which Scully had noted other nickname ideas for the Canadian first baseman. Twinkie Town has been able to secure a photograph of said document: 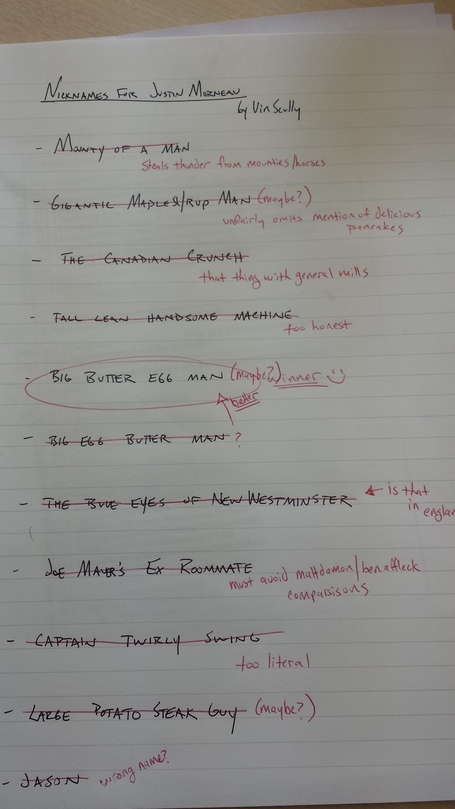