If Parmelee doesn't hit himself into keeping his job, someone else might hit their way out of one instead.

One week ago today, I wrote about how Chris Parmelee was raking in Triple-A but that there really wasn't a spot for him with the Twins. It was the wrong time and there were too many guys already playing his position, and even if they weren't, he wasn't on the 40-man roster.

And then the roster got the plague. Missing your top four outfielders will force a team to make a few decisions, because most 40-man rosters around the league won't have more than five guys who they'd want to start. And by the time you get to that fifth guy, you really wish you didn't have to. So the Kenny Wilson ends up going back to the Blue Jays, and Parmelee gets another crack at showing why the Twins made him their first round pick in 2006.

The thing is, Parmelee might actually stick around. My dad is cringing as he reads this. But the truth is that Chris Colabello has been a black hole for some time. We all knew that high-flying circus act would come down eventually, but when you shoot a guy out of a cannon you expect there to be a net to catch him at the other end.

Chris Colabello, Chris Parmelee, and the Battle for Right Field 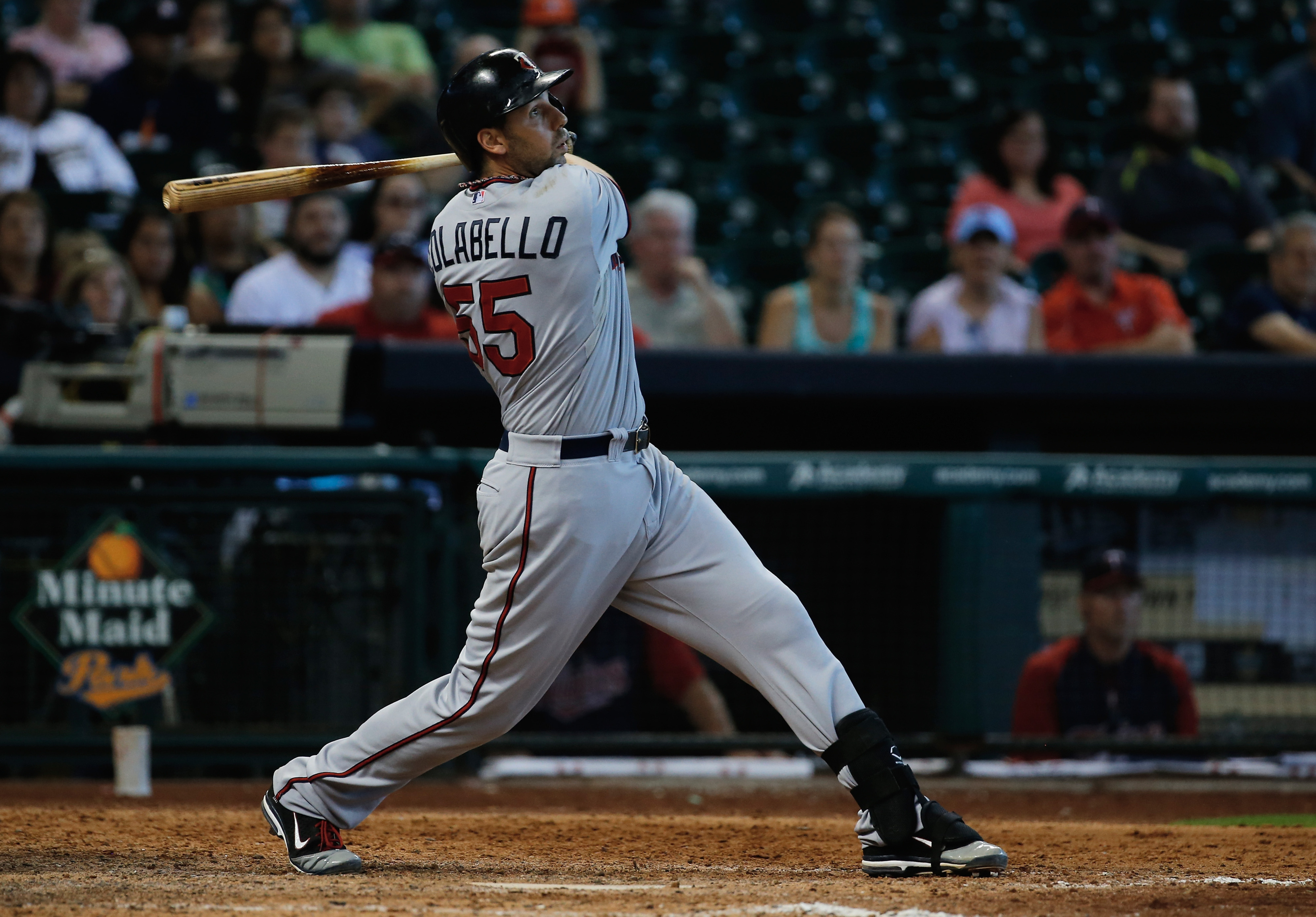 Colabello is a fantastic story. There's no denying that. If there was one guy on this team that you had to pull for, he's on the short list. But he needs to make some adjustments, and quickly, because pitchers have now made an adjustment to him. The book is out, and whether it's Chris Shelton or Bryan LaHair or any other number of flashes in the pan, the fact is that history isn't on Bello's side.

Once Oswaldo Arcia comes back, and certainly by the time Josh Willingham comes back, the Twins will need to make a choice on how to construct their bench. And just like we discussed months ago, Colabello and Parmelee fill essentially the same roles. If Chris P. hits even marginally better than Chris C. when decision time comes around, one guy has options and the other doesn't. It would be Colabello who would be sent to Rochester, and Parmelee who would sit on the bench with Josmil Pinto, Eduardo Nunez, and Sam Fuld. Well, provided the Twins eventually go back to a 12-man pitching staff, anyway.

If you're like me, you hope Colabello finds a way to turn things around. He's seen such long odds for professional ball from day one, so adversity like this is nothing new to him and he's proven, time and again, that he's worthy of the chance the Minnesota front office gave him two years ago.

Should the adjustments not be made, then Parmelee's role would shift to that of a backup corner outfielder (behind Fuld and Jason Kubel), backup first baseman, occasional designated hitter, and late-game pinch hitter. On a four-man bench, there's a call for that kind of a player.

Unless, of course, he too catches fire and forces his manager's hand. That seems to be the norm these days.