Thanks to injuries, ineffectiveness, and curious roster decisions, the Twins have been using a patchwork outfield lately.

When it comes to the Twins, there are a few things that constantly frustrate me. On the pitching side, the rotation has routinely employed guys that can't generate any strikeouts, whether because of Rick Anderson or because of whom the front office signed. When it comes to the position players, the bench has always seemed to be forgotten. WIth the exception of Jim Thome in recent memory, the bench was always populated by light-hitting defensive specialists. Ron Gardenhire's never really been much on platooning hitters, despite plenty of evidence that suggests that certain hitters should not face a certain-handed pitcher.

One more constant issue has been roster management, and nothing has been more glaring than the current lack of true outfielders on the active roster. Some have pointed out that just a few days ago, the Twins ended a game with the outfield of Eduardo Nunez, Danny Santana, and Chris Parmelee. Not only is that a far cry from the Opening Day outfield of Josh Willingham, Aaron Hicks, and Oswaldo Arcia, but the fervent observer would note that those three players were in the infield at Triple-A Rochester at some point this season, thus leading us to the summer baseball classic "Infielders In The Outfield."

With the seven infielder defense, one would wonder why the Twins don't have more outfielders on the roster. One reason is because of poor roster management, but really it's been a ton of problems, many of which have been out of the front office's control.

When the Twins traded Justin Morneau to the Pittsburgh Pirates, Presley came back with Duke Welker (who then was sent back to the Pirates for Kris Johnson, who made a spot start for the Twins in a doubleheader earlier this year). Presley's calling card was that he didn't take many walks but had a little pop in his bat, and he was adequate in the corner outfield but stretched as a center fielder. He still made the majority of the starts in center for the Twins at the end of 2013 and was definitely considered as competition for Aaron Hicks entering this year. However, the Twins were satisfied with trying out Hicks again this season, and Presley was claimed off waivers by the Houston Astros.

Presley has been a backup outfielder for the Astros and he hasn't hit much this year, but I'd have to say that I'd still have more confidence with him in center field rather than Eduardo Escobar or Danny Santana.

Quickly the outfield situation was turning dire as Arcia and Willingham both hit the disabled list with days of each other. The Opening Day roster had only 4 outfielders, and the injuries to these two meant that Jason Kubel and Chris Colabello started seeing more time on the field rather than at DH. They also led to the call-ups of Darin Mastroianni and Chris Herrmann, who are fine as part-timers but definitely would not cut it as regular starters.

Arcia was supposed to have been activated from the disabled list late last week, but his sore wrist flared up again. Meanwhile, Willingham should be going on a rehab assignment shortly so hopefully he should be back on the roster within the next two weeks.

April 20th - Ineffectiveness From Darin Mastroianni, Gets Designated For Assignment

Two years ago, Mastroianni proved to be a solid bench player. Though his bat wasn't much to speak of, he was excellent at stealing bases and his defensive was also a plus. Last year was a lost season as he was hurt for most of it, and the hope was that he would regain his 2012 form this season. Instead, his struggles continued as he went hitless in 11 at-bats, and to make things worse he struck out in nearly half of those at-bats. He was eventually designated for assignment as the Twins claimed Sam Fuld off waivers from the Oakland Athletics, and two days later was claimed by the Toronto Blue Jays. 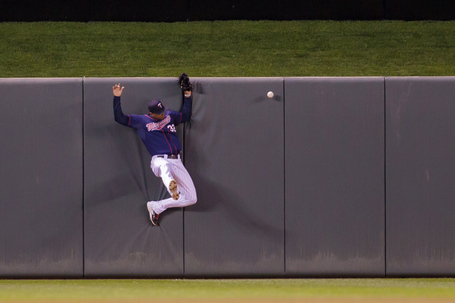 Like Mastroianni, for as bad as Hicks was last season, this has been even worse, but I'll say more about that in a bit. Hicks was hurt attempting to make a leaping catch at the center field fence, where his head hit the wall awfully hard. This pressed Sam Fuld into regular duty, but despite the outfield being stretched thin, Logan Darnell replaced Hicks on the roster as the Twins just had a doubleheader the day before and the pitching staff was even more exhausted.

However, Fuld suffered a concussion of his own, also from crashing into an outfield fence, though his symptoms didn't become severe for several days. He was then replaced by infielder Eduardo Nunez, who shortly after made just his 9th career appearance in the outfield.

May 9th - Twins DFA Kenny Wilson, Gets Claimed By Toronto

No, Kenny Wilson was not going to save this team. However, he was one of the few true center fielders on the 40-man roster after being claimed from Toronto - almost as if it were retaliation for the Jays claiming Darin Mastroianni a few weeks earlier - but struggling in the minors didn't help him and instead the Twins turned to Chris Parmelee. It's pretty telling when you're an actual outfielder and your organization needs an outfielder but passes over you. 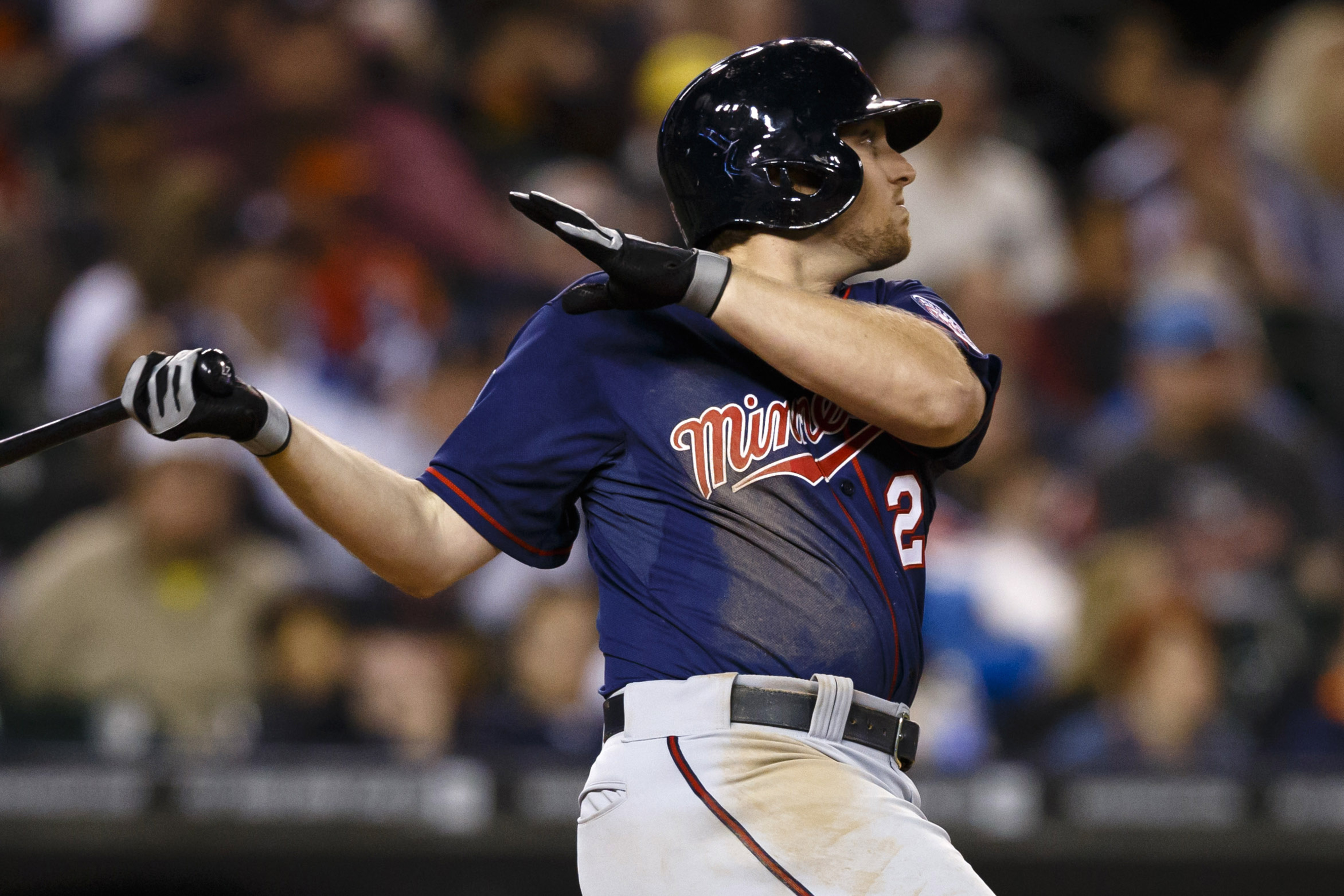 With Chris Colabello scuffling, the way could be paved for a long-term stay in Minnesota for Chris Parmelee.

All Season - Ineffectiveness From Chris Herrmann and Aaron Hicks

Colabello set a team record for RBI in the month of April, but since then he has severely tapered off. He was already cooling off towards the end of April, but his May line is worse than Hicks and Herrmann for their careers: .156/.208/.244. While Colabello can (poorly) play the outfield, he's going to be sitting on the bench a little more now thanks to the hot bats of Eduardo Escobar and Danny Santana.

Most of the Season - Twins Have 13 Pitchers On Active Roster

I despise this so much. I liked Matt Guerrier in the past, but he's only on the team because the Twins didn't want to lose him thanks to his opt-out date. Ron Gardenhire just used 4 pitchers in the 7th inning against the Red Sox last night. This has left the team with only 3 bench players, significantly limiting the versatility of their position players. That's likely why Chris Herrmann was on the active roster for so long, not because he was actually good, but because he could fill in at catcher and the corner outfield spots.

Add all of these things up and that's how you get to the current situation for the Twins. Last night saw a starting outfield of Jason Kubel, Danny Santana, and Chris Parmelee. With the exception of Santana, that defensive alignment is poor but not outrageously bad. With Arcia and Willingham on the mend, the defense will not improve, but the offense should. I think the real key is for either Aaron Hicks to figure things out, or for Sam Fuld to return from his concussion. The Twins have plenty of corner outfielders already, it's just center field that has been the biggest issue.