Continuing with our draft-related features leading up to draft day, today we take a look at the player who is the current favorite to land in Minnesota.

If you've read any mock drafts in the last week, you'll have noticed a trend: a vast majority of the experts believe Nick Gordon will be drafted by the Twins. On most occasions the four guys taken before him are the three big pitchers (Aiken, Kolek, and Rodon), with catcher/outfielder Alex Jackson going to either the Marlins or the Cubs. And that speaks, perhaps, to the relative proximity of the draft: now that we're much closer to draft day, it's more widely understood where the priorities lie for clubs at the top of the draft, which means there can only be so much shifting around.

More: Who do the experts see the Twins taking with the fifth overall pick?

Let's take a look at Gordon, and see what makes him such an attractive option for the Twins.

Gordon, like most of the other players at the top of the draft, is a high school prospect who has decided to go pro. He's the brother of Dodgers second baseman Dee Gordon (who is off to a very good start in 2014), and the son of 21-year veteran of the bullpen Tom Gordon. He's signed with Florida State, but that scenario won't come to fruition. As a top-five pick in the upcoming draft, he's made his choice.

For Olympia High School in Orlando, Gordon hit .494 this season with a .576 on-base percentage in 27 games. That's elite level, and his status as a draft prospect rose as he put together an exceptional season. 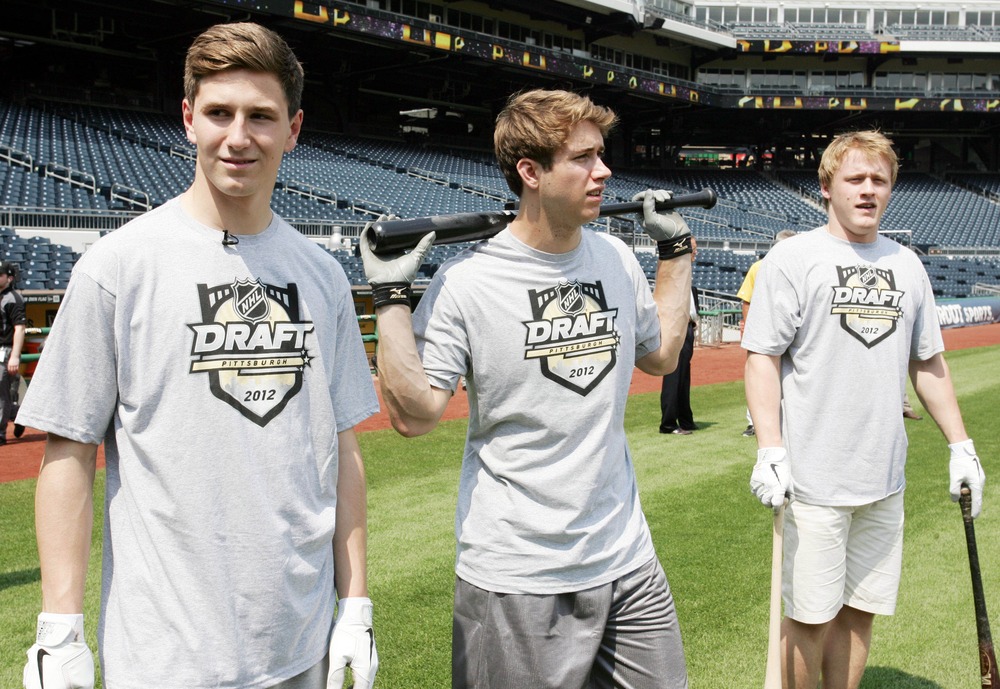 Draft dates, times, where the Twins will draft overall, suggested signing bonuses, and the dollar figures and other penalties should the team go over their allocated draft budget.

The following 20-80 rankings are aggregates of multiple scouting reports, with current and future ratings.

Gordon is now considered the best shortstop in the draft, and as a prep selection that's saying something. His game across all fields is better and more consistent than other well-regarded collegiate players of the same position (cough, Trea Turner, cough), and is one of the few players who could ultimately be drafted and remain at short.

The hitting tools project to be average or a bit better than average. Scouting reports repeatedly say that Gordon will continue to develop in both areas, as high school players will do, and that because his frame is so different from his brother's (simply by matter of comparison) that he'll be able to develop solid gap power as he gets older. His hands are quick, and he'll spray the ball across the field, and those are good things. They don't guarantee a big ceiling for either of these tools, but they're both things that won't need to be taught.

Speed ratings tend to sit between 60 and 70, which is like saying it's either good or great. Gordon certainly doesn't have speed like the aforementioned Turner, or his brother Dee, but it is considered a plus. I tend to look at the most pessimistic reports, because conservative can also be interchanged with "worst case scenario". In regards to Gordon and his speed, it means that he's an average-plus base runner with speed that helps him move laterally in the field, but he's more likely to be quicker going first to third on a triple than he is home to second on a double.

Defensively is where Gordon shines, and truly separates himself from the pack. The range is good, but what piques the interest of clubs at the top of the draft are his hands and the incredible arm. With the arm, there is no discrepancy in reports: it's a 70 almost across the board, with one 65 rating. He looks natural playing the position, moving to his left and to his right with ease, getting rave reviews for his soft hands (DRAFT BUZZ PHRASE ALERT) and a plus-plus arm. The arm is one reason why he was also promising as a pitcher, throwing mid-90s heat.

In the field, Gordon is fluid. With his three-quarters arm angle, Keith Law believes he needs to be watched to make sure the ball doesn't tail on throws across the diamond. Again, the term "effortless" is thrown out often. It's easy for him to sling the ball to first from deep in the hole.

At the plate it's a bit different. At times his hands have sat too far back which causes loading issues. There's also a high leg kick that needs to be smoothed out. He's had great success offensively in spite of these issues to date, but that's been against high school-level competition. Gordon will need to take coaching on board to be more efficient in his mechanics as a hitter if he's going to reach his potential as a contributor on offense.

Listed between 6' 1" and 6' 2", and between 165 and 170 pounds, Gordon's frame will allow him to get a bit bigger. That will translate into the ability to generate a bit more power, at least in terms of hitting the gaps. He'll need to strike a balance between getting stronger in that sense, but also staying sleek to make the most of his speed, but that shouldn't be an issue. He's lean, athletic, and it's a frame that scouts love to call (DRAFT BUZZ WORD ALERT) projectable.

Because of the maturity of his defensive skills, his high floor could mean he's a quick mover through the system. Gordon is considered a "no-doubt shortstop" whose range, arm, and speed make him one of the best talents in the draft. He's certainly the best middle infield prospect. The only question is how well his offense develops, and whether it means he's an all-defense player when he's Major League ready, or if he could be a potential top-of-the-order hitter. If his hitting tools develop, Gordon will be a prospect worth drooling over.