First Pitch: 2:35 pm CST
TV: FSN
Radio: 96.3 K-TWIN, TIBN
Know Thine Enemy: Halos Heaven
Today's game against the Angels in Anaheim throws two experienced - if not somewhat struggling - pitchers on the mound, as Ricky Nolasco faces off against Jered Weaver. Before his last start, Weaver had had two consecutive rough outings, but bounced back on Saturday after throwing eight innings and only giving up one run. His lifetime record against the Twins isn't encouraging for Minnesota fans -- Weaver is 8-2 lifetime against Minnesota -- so the team will definitely have to look to Nolasco to pitch a solid game. In his last start, things began a little sketchy for Nolasco, as he gave up two early bombs to the White Sox right away, but he was able to settle in a bit and did throw 5 2/3 innings of just 2 run ball, while earning a no-decision. He'll have to pitch well to keep the Halos' bats under control today.
Throwers 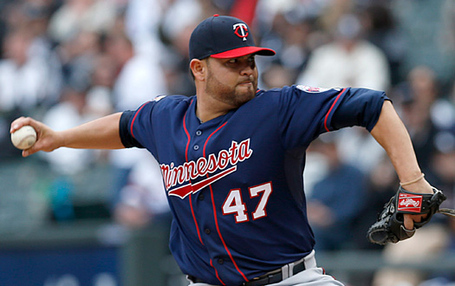 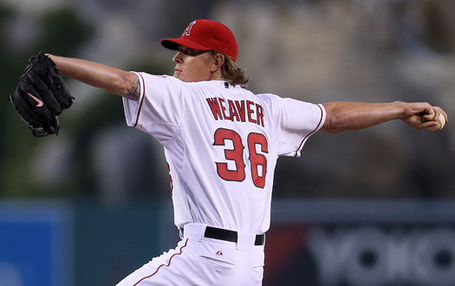 Lineups will be posted when available.