So, that didn't go exactly as we all thought it would, now, did it?

Sometimes the MLB Trade Deadline is terribly anticlimactic. There's buzz-buzz-buzz all week, a lot of conjecture from all corners of the Twittersphere, and then...nothing. But that didn't happen this year. 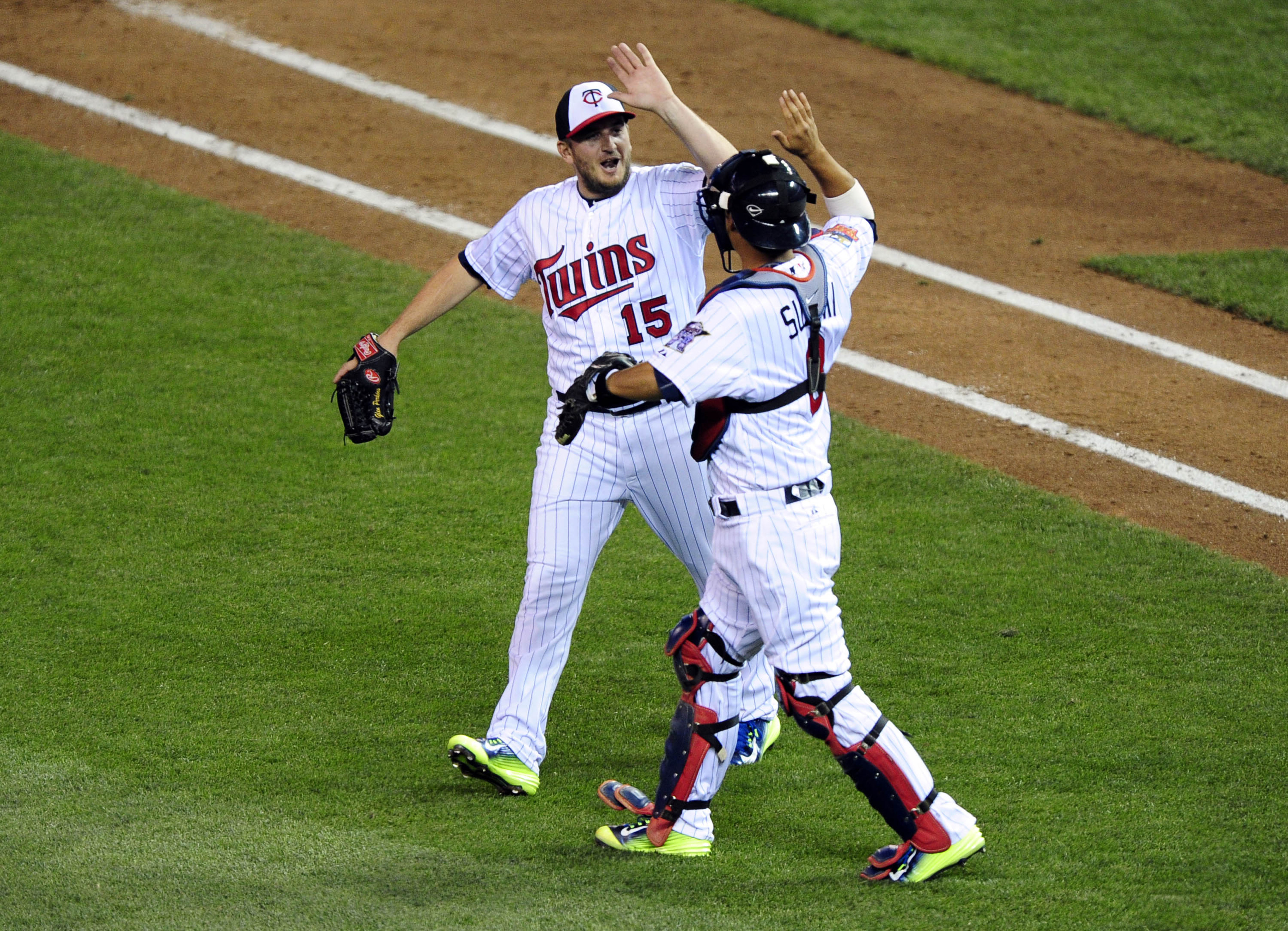 The A's turned themselves into the American League favorites by acquiring Jon Lester and achieving the status of Best Rotation in the American League. Naturally, the Tigers didn't like it and so they traded for David Price - because who could one-up Billy Bean but Dave Dombrowski? And Yeonis Cespedes changing teams? Nobody saw that one coming.

Houston and Miami swapped some pretty good prospects. The Yankees swapped spare parts for other spare parts in the vain hope of fooling some of their fans into thinking they did something. Washington acquired a Cabrera from the AL Central, but the one from Cleveland - not the one from Detroit. The Cardinals landed John Lackey but sent Allen Craig and Joe Kelly to the Red Sox.

Does anyone else feel like the Red Sox won today? Just a little bit? Granted, they had bigger and better pieces to ship off at the deadline, but damn. That's some fine work.

For the Twins, however, not much happened. Terry Ryan managed to pull a rabbit out of his hat by swapping Sam Fuld, a guy they got for nothing, back to his original team for a cost-controlled left-handed pitcher who slots into the rotation for 2015. That's a really good deal for a guy like Tommy Milone. Will Milone make the Twins a playoff team? No, but he's a much better option for a fifth pitcher than we've seen in Minnesota for some time.

There were random bites on Josh Willingham, but nothing happened there, and the only other player who had interest around the league was Kurt Suzuki. It turns out, in spite of hearing conflicting reports throughout the day regarding progress in extension talks, that the Twins felt pretty good about it and so nothing much materialized on the trade market.

The Twins became confident they could work out an extension with Suzuki yesterday so never really got too deep in trade talks for him.

The Suzuki trade will polarize the fan base a little bit, but ultimately here are my takeaways.

Antony said that the Twins plan to pair Josmil Pinto with Suzuki moving forward, but that Pinto still has to work on his defense.

There are certainly some kinks to be worked out with this roster in the next year or two, specifically in terms of putting talent on the Major League roster that can be paired up with the hoard of minor league talent bursting throughout the Twins' farm system, but keeping Suzuki in the fold at $6 million per season will not stop the Twins from making the big additions they need to make - nor will it keep Josmil Pinto from getting playing time if he earns it.
Ultimately, as a Twins fan, maybe this trade deadline didn't work out the way you wanted it to. Or maybe you're in the minority (at least, the vocal minority), and this is the deadline you wanted. Regardless of where you sit on Minnesota's action or inaction today, however, you have to admit: as a baseball fan, today's deadline was awesome.