Don't rat out potheads on your team, especially when you cite a newsworthy burglary from a couple years ago.

This past Twins homestand, I was approached by a man that briefly said, "Andrew, I love your column," and he quickly 180'd and walked away. I definitely appreciate the feedback - certainly more than this comment from my personal blog years ago - but it's a shame I didn't get to talk with him more. As always, I'm in Section 238 at Target Field if you ever want to stop by, but just so you all know, I'll be absent from the first homestand after the All-Star break thanks to my honeymoon.

14. John Kruck in his verbal attack insinuated that the plaintiff is individual that know neither history nor understood the beauty or rivalry between Boston Red Sox and New York Yankee.

Who wants to see highlights? I know I do, and that's exactly what happens in this edition of the Lightning Round. 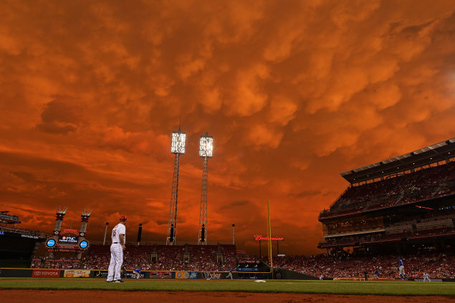