Joe Mauer has over 1700 of these things. - Jesse Johnson-USA TODAY Sports 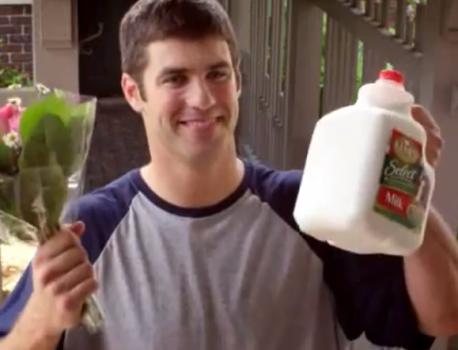 He eats flowers and drinks milk

Joe Mauer has been one of the most talented members on the Twins staff for many years. And since his larger contract signings, has also been one of the most controversial for various reasons. It doesn't matter what you think of his current status on the Twins' roster, you cannot deny the contributions he has made since his debut in 2004. And with his 1713th hit, Joe tied the late great Harmon Killebrew for 5th all-time as a Twin.

Now, it should be noted that on the Twins website, they don't make the distinction between Senators and Twins. So it has Joe listed as holding the 12th spot with the Killer at a solid #6 with 2024 hits. I don't know if Joe will ever be an All-Star again, let alone MVP or even earn another Silver Slugger award, but the start of his 2016 season gives hope that 2014 & 2015 seasons were due to post-concussion symptoms and not due to talent decline.

I've posted articles like this in the past because it's fun to compare Joe's stats to the all-time greats, and because there are some people who just refuse to acknowledge talent when it's tied to a dollar amount they disagree with.

So, let's go to more meaningful stats. His counting stats. Joe currently has 822 Runs. This is one of the hardest stats to measure a player by as someone has to drive him in unless he hits HRs, which Joe doesn't do often enough to affect this. Oddly, Joe is fairly consistent on ALL of his counting stats and he averages about 80 runs per year, he currently has 5 this year. He should end around 900 runs this year which will put him JUST below Hrbek at 11th and may jump up to 7th place by next year. He is projected to pass Ossie on Sept. 28th.

Joe has been a doubles hitting machine over his career. He usually manages to hit around 35 per year (give or take a few). He is already 5th in franchise history with doubles at 344. He isn't projected to pass anyone this year, but within the next 2-3 years, he could jump to 2nd all-time. The record is held by Sam Rice with 479 with his last double as a Senator in 1933. Joe Judge is right behind him with 421 who left in 1932. Then it's Puckett with 414. Joe has a chance at breaking records that are over 80 years old.

Next is triples... Joe has 25, good to be tied with a bunch of guys at 49th. He usually gets 2 per year. He could get somewhere in the higher 40s. Then it's HRs. Aside from 2009, Joe has been amazingly consistent with HRs and has exactly 120 HRs over 12 years giving him 10 per year. Now, with the exception of a select few players, the Twins have been fairly light on Homerun Hitters, so Joe sits in 16th place and 1 behind Mickey Vernon for 15th. Figuring 10 per year, he could pass Cuddyer for 12th place by the end of 3 years.

Currently, Mauer has 758 RBI and is tied with Gary Gaetti and is 1 behind Buddy Myer for 13th place. Like runs, this is another tough stat to judge a player because it requires players ahead of him to be on base and to score. However, like runs, he averages about 75 RBI per year and get to 11th place this year and pass former teammate Justin Morneau next year. He will need a LOT of help to get to Harmon's 1540 before his career is over, but could pass Hrbek for #2 with more than 1086 RBI in 3 years.

If there's anything that Joe does well, it's take walks. He's been as good at gaining walks as he has at getting RBIs with 751 Walks so far and averaging about 75 per year. He is currently 6th all-time and should pass Bob Allison mid to late July according to the projections. By next year, Joe should be passing Hrbek and Myer for 4th place. Within 2 years, he will probably pass Judge for 3rd. It will take several more years to get 2nd at 1274 and Killer's 1505 in 1st. However, when it comes to Intenional walks, Joe is only 2 behind Tony Oliva with 129 and 27 behind the Killer. With all the young talent on the current Twins, Joe will be jumping ahead of Tony soon, but may be on Harmon's heels quicker than usual because pitchers, right now, would rather face young guys trying to adjust, than Joe who has a near .500 OBP for the moment.

There are all sorts of other ways you can measure him against his peers. Between the averages, the XBH, OBP and OPS, but all of them put Joe at or near the top of the list. When injuries are taken out of the mix, it's incredibly clear the Joe stands toe-to-toe with the likes of Harmon Killebrew, Rod Carew, Tony Oliva, Kirby Puckett and Justin Morneau. Unfortunately, health has affected most of those players and affected them differently. There is also comparing differing eras of baseball, different rule sets, managing styles, situational plays, etc. The only two things that are clear is that when you compare raw stats, Joe will likely end either as #1 or in the top 5 or 10 of almost all categories.

And even when you compare him to active players, Joe is very close to the top of those lists, especially when comparing players of similar length of service. So, whether you want to bash him for not being good enough anymore, or for not being as good as other 1st basemen, don't discount what he truly has done. And remember, most players you're comparing him to likely either haven't been in the bigs as long as he has, or won't have careers that will last as long as his. 10+ years as a major leaguer who is near average or better than average don't usually last that long.