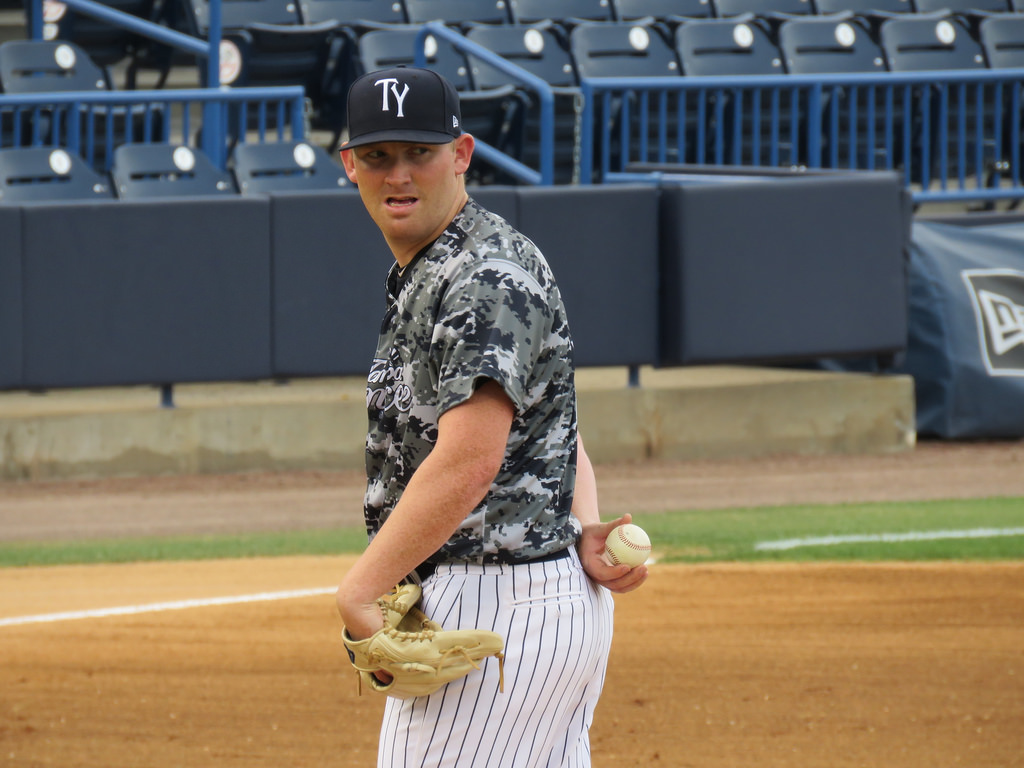 Zach Littell looks like he never got off the loaded coffee

Here's the kicker: Both of these guys sport ~2.00 ERAs in high level minors play as starters. Sure, Zach Littell looks like the kind of guy that your sister starts dating when she quits college and gets in to drugs, but those methheads sure can pitch (see baseball history: 90s edition).

Both pitchers have had phenomenal success in the minors. Zach Littell throws 91-93 with a full 4 pitch mix. So at current he’s a 3/4 starter. Some folks think he can get stronger and throw a little harder. I don’t buy it, so I think this is it. So really, that means his talent level sits around "maybe Carl Pavano." His ERA and W/L throughout his career are outstanding.

Enns is another guy that nobody can seem to hit in the minors, has a terrific win loss, a great curveball and a high 80s low 90s fastball. The worry with Enns is that he’s an Andrew Albers type. Good enough to get through the order once or twice, but once they start timing his fastball it is over. Lefties with movement can carve out careers in MLB that are very successful, however.

They say both pitchers have some late movement on their fastball.

We say goodbye to Jaime Garcia, whom we had for all of one start, paying $4M of his salary and shipping him to the Evil Empire. Less than a week ago the Twins traded Huascar Ynoa, a promising but very raw prospect to the Braves for Garcia, who picked up the win Friday night in Oakland.

Good luck to Jaime, and hello to the new prospects, whom are both going directly to AAA Rochester.

Who "won" the Jaime Garcia trades?