Powder blue uniforms are BACK, BABY!!!!

We’re going back in time!

Share All sharing options for: Powder blue uniforms are BACK, BABY!!!!

Major League Baseball has been in Minnesota for 60 years, and the Minnesota Twins are going to commemorate it in style. The Minnesota Twins announced that baby blue is returning as an alternate uniform for the 2020 season. The announcement comes after the Milwaukee Brewers and San Diego Padres have announced in recent weeks that they are also returning to their roots with the ball-in-glove M and the brown uniforms, respectively.

If you’re a lifelong Twins fan (like me) or a uniform freak (also like me), this is probably the best thing ever. The button-up uniforms will have “Twins” in red, outlined in dark blue with the number on the player’s lower left side. Outlining the collar and sleeves will be the dark blue-white-red stripes, along with piping down the player’s baby blue pants. The only difference from the previous baby blue uniforms will be the belt, which will be an actual belt instead of the colored piping. The player’s name will on the back in red and not outlined while the number will also be red and outlined in dark blue.

The other good news? This alternate uniform will be available for Minnesota to wear both on the road and at Target Field. How cool is that?! The Twins will pair this with their navy blue cap that has the TC interlocking on it - and without the Kasota gold that everyone hates for some reason.

Additionally, the Twins have announced that all of their uniforms will feature two patches. One patch will be a 60th anniversary patch that includes an outline of a combination of Minneapolis and St. Paul buildings. Each uniform will also don the Twins’ first logo of Minnie and Paul shaking hands on the other sleeve; this logo was used through 1986. 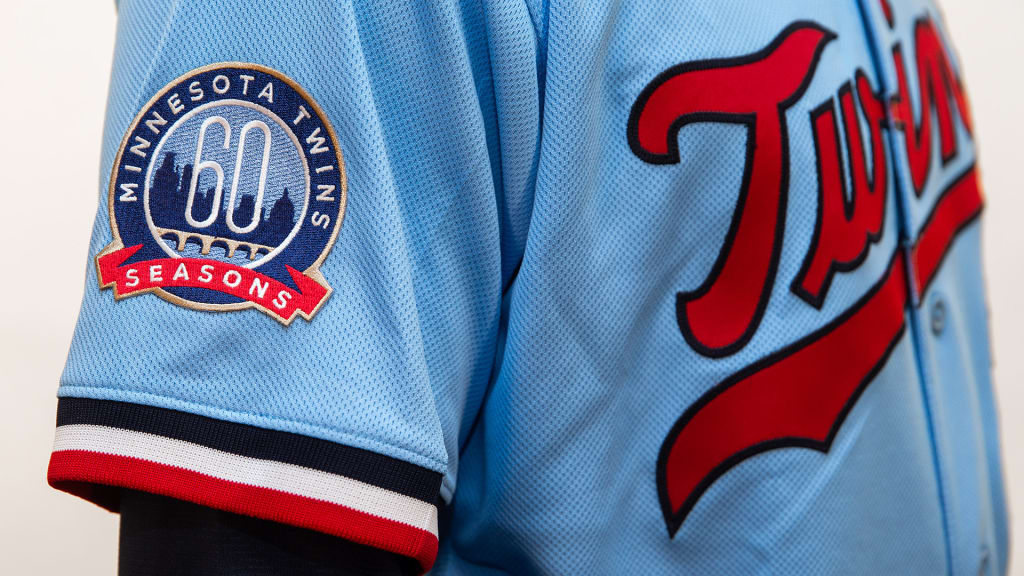 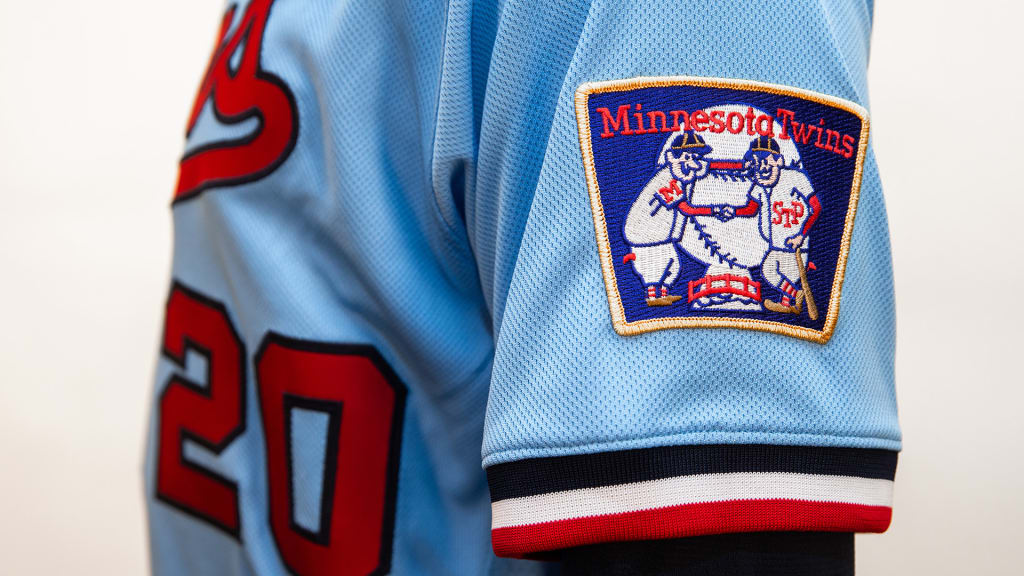 Other teams have also announced changes to uniforms, including the Cincinnati Reds, who were the first team to announce uniform changes since Nike took over, and the Arizona Diamondbacks, who have gone away with their 37 weird textured-looking uniforms in various colors.

The powder blues are available for purchase now here. Minnesota plans to announce additional details about the celebration of 60 years in the Twin Cities, which you can find more about on the team’s website.

What do you think of the Twins bringing back the baby blues?