Celebrate the Twins outfield with some new swag!

With the Minnesota Twins blazing through their schedule so far this season, there’s no one specific player carrying the load for the team, but the outfield has certainly done their part, both at the plate and in the field.

The Breaking T team gives a nod to our amazing outfield in the two new t-shirts that they created, now available for you to purchase and represent an amazing trio patrolling the green pastures of Target Field.

The first one is pretty awesome (heck, - I think they both are): Eddie Rosario, Byron Buxton, and Max Kepler doing their celebratory jump in the outfield after a win with the word “brothers” in each of their native languages - Spanish for Rosario, English for Buxton, and German for Kepler - along with their names underneath. Click here to purchase the Hermanos Brother Brüder shirt! 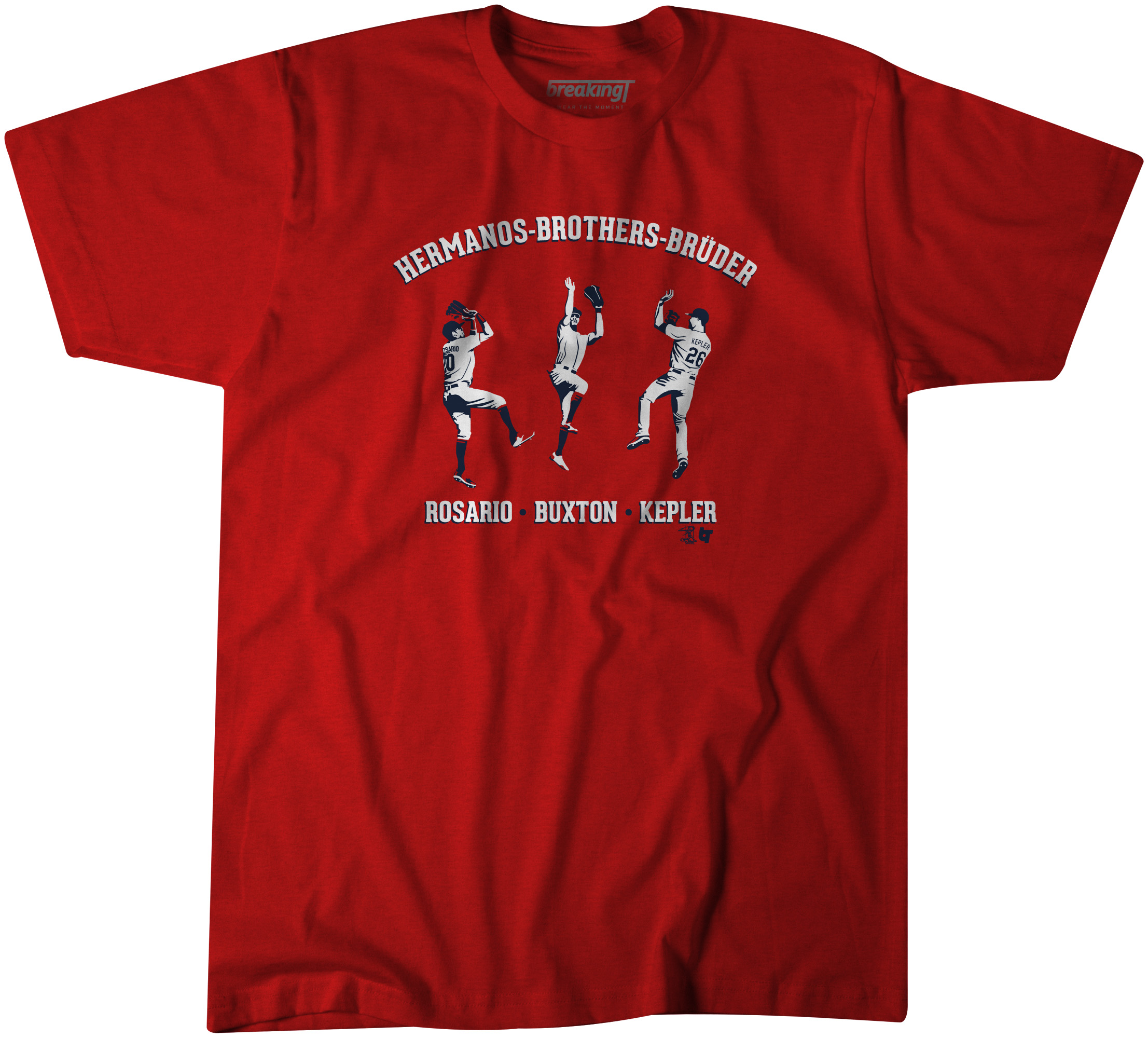 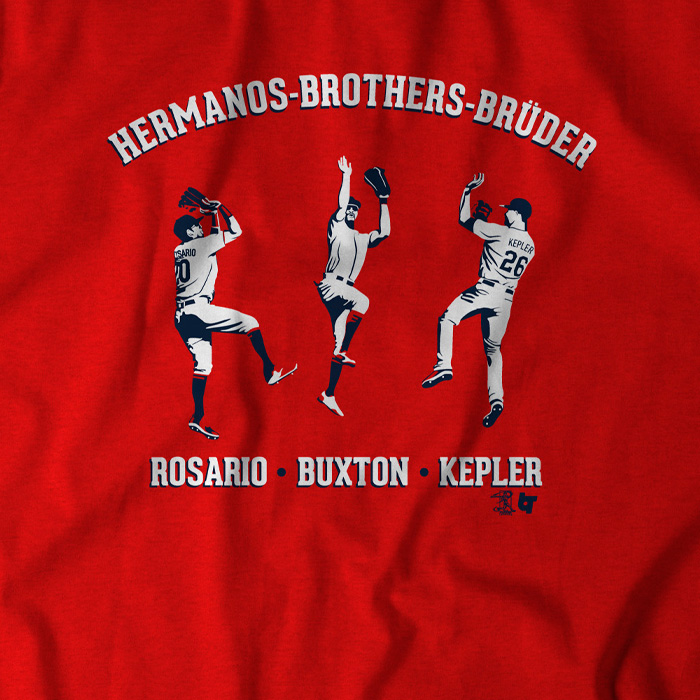 The second one focuses on the best center fielder in the game and the lengths he takes (literally) defensively in the field, and he definitely deserves his own shirt. Buxton is shown leaping up at the wall to snag a hit or rob a homer away from the batter with the words “Defend the Wall” behind him and his name underneath. Click here to purchase the Defend the Wall t-shirt! 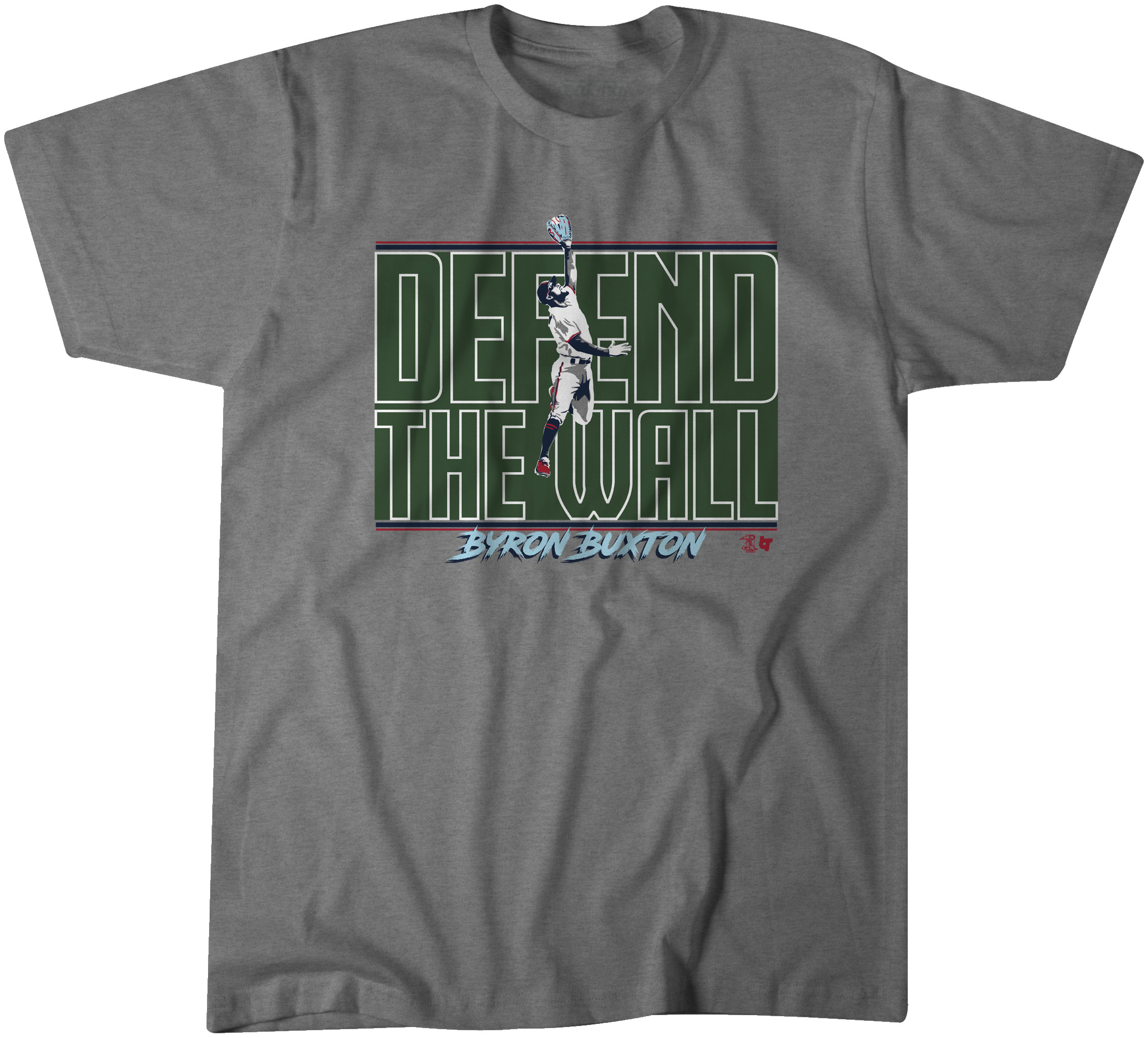 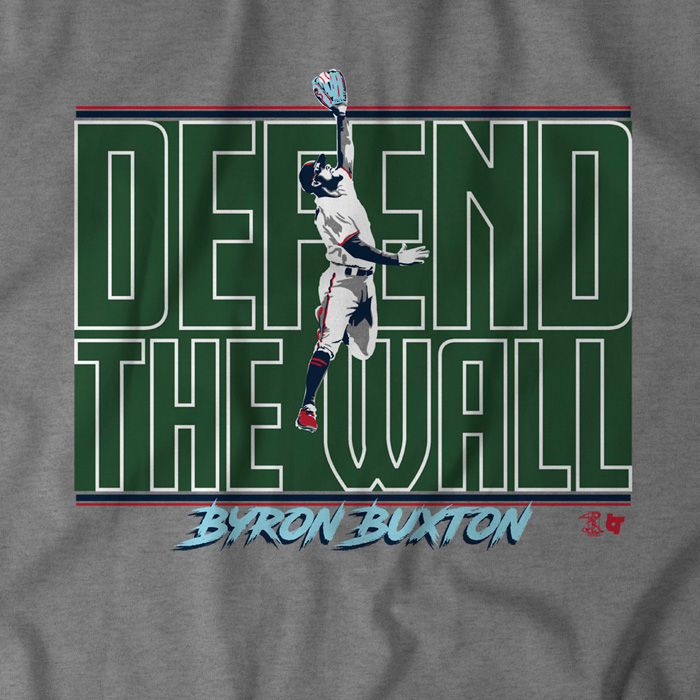 These shirts by Breaking T are licensed MLB product, made and screened in the United States, and made of premium material. With the Twins outfield performing as well as they have so far this season, it’s hard not to represent them with these awesome shirts!

Vox Media has affiliate partnerships. These do not influence editorial content, though Vox Media may earn commissions for products purchased via affiliate links.