At the Phillies site The Good Phight, we recently published a series on the Phillies' drafts and international signings over the years, as well as a more general overview of their player selection.

The international piece in particular necessitated building a new database of 4,000+ signings, including every IFA who played in the majors since 1990, plus 2,700+ more IFAs who either never made it, or are still in the minors. Since I hadn't seen the international comparison elsewhere, I did a brief version of that as a FanPost for each team (including an abbreviated version of the original piece on the Phillies).

Below are the rankings of the 30 teams. They're based on players signed from 1990 through 2019, and use WAR (from fangraphs.com) as a quick and handy measure of major league value. All of a player's career WAR to date counts for the team that originally signed them, in the year they originally signed them: 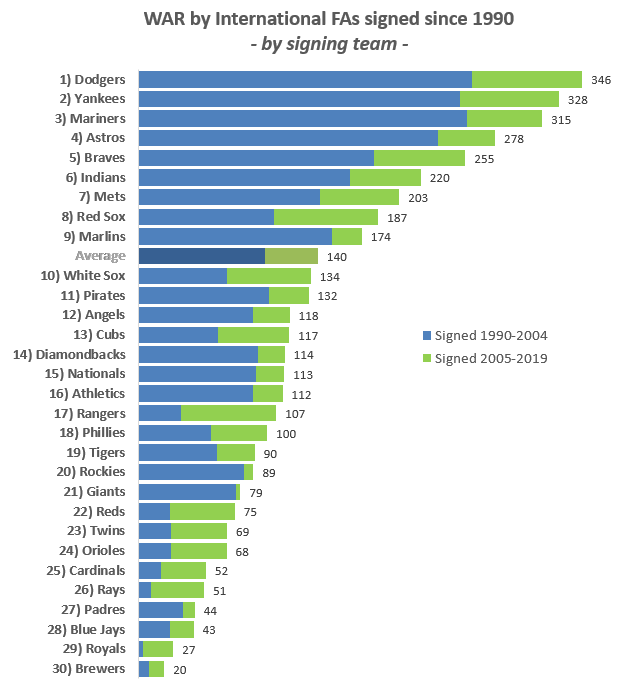 Links to the FanPosts:

Below is a snapshot of each team's signings by year, in order, starting with #1-3 across the top.

The light background is the highest WAR for a single team's signings that year, and that's the same on every graph.

The darker foreground is the total combined WAR produced by each team's signings that year. For example in the Dodgers graph, the tall column towards the left is the 107 WAR produced by their signings of 1994: 84 by Adrian Beltre, and 23 by Chan Ho Park (as well as 0 by Luke Prokopek and Franklin Nunez): 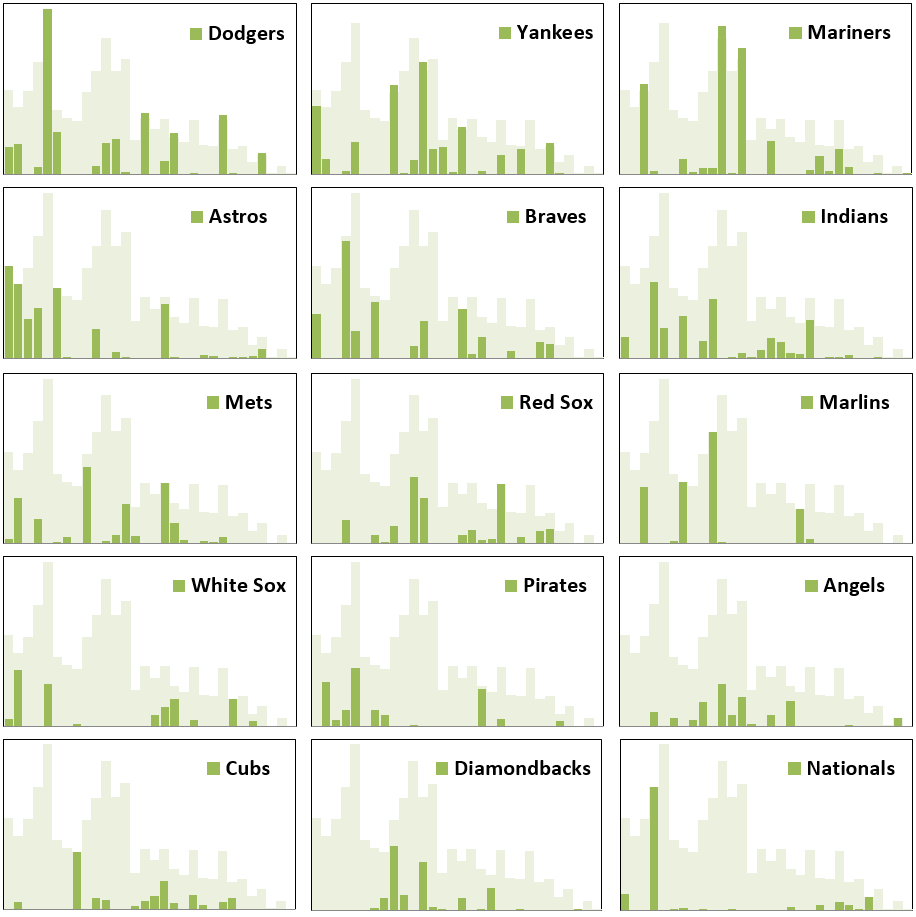 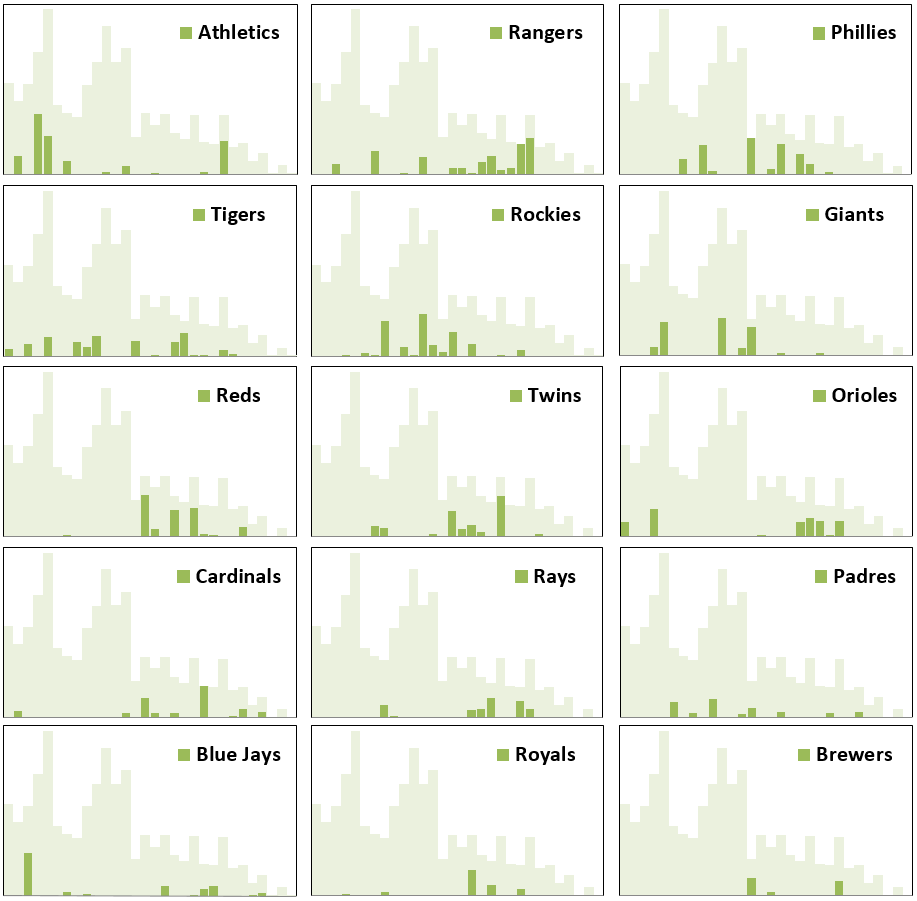