Attending the Caribbean Series has been on my bucket list for over six years. 2022 was the year to make it happen because 1) it was held in Santo Domingo, Dominican Republic where I visited six years ago, and 2) the family of my daughter’s boyfriend of the last five years lives in San Francisco de Macoris, and he and my daughter wanted to go with me.

The San Francisco de Macoris club won the 2021-2022 LIDOM championship, so the Gigantes del Cibao represented the host nation. Robinson Cano was a postseason addition to the team. Besides Cano, I also recognized Marcell Ozuna in the line up.

This was my first trip out of the U.S.A. since I went to Korea with my youngest daughter and her boyfriend around Halloween in 2019. That trip I had bought tickets to game 5 of the 2019 Korean Series, but the Kiwoom Heroes and Byung-ho Park were swept. 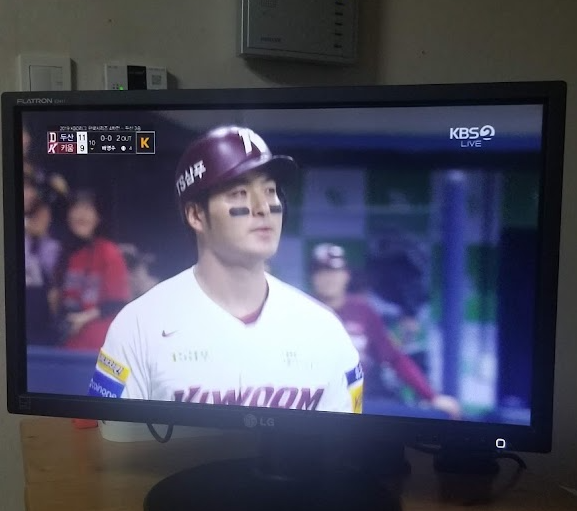 The view from my Airbnb in Seoul of Park striking out for the second-to-last out of the 2019 Korean Series.

Caribbean vacation was a great way to break out of house arrest.

For the Caribbean Series, to guarantee us seats, the young adults bought us the series strip - all 18 games, same three seats - even though we knew we would only make some of the games. We ended up attending four games live, and we were able to donate the tickets to the semi-final with DR to a family member.

The six winter league-winning teams played 5 pool play games, each opponent once. There were 3 games per day for 5 days. In the semi-finals, the 1st seed played the 4th and the 2nd played the 3rd. The final was played on Day 7. 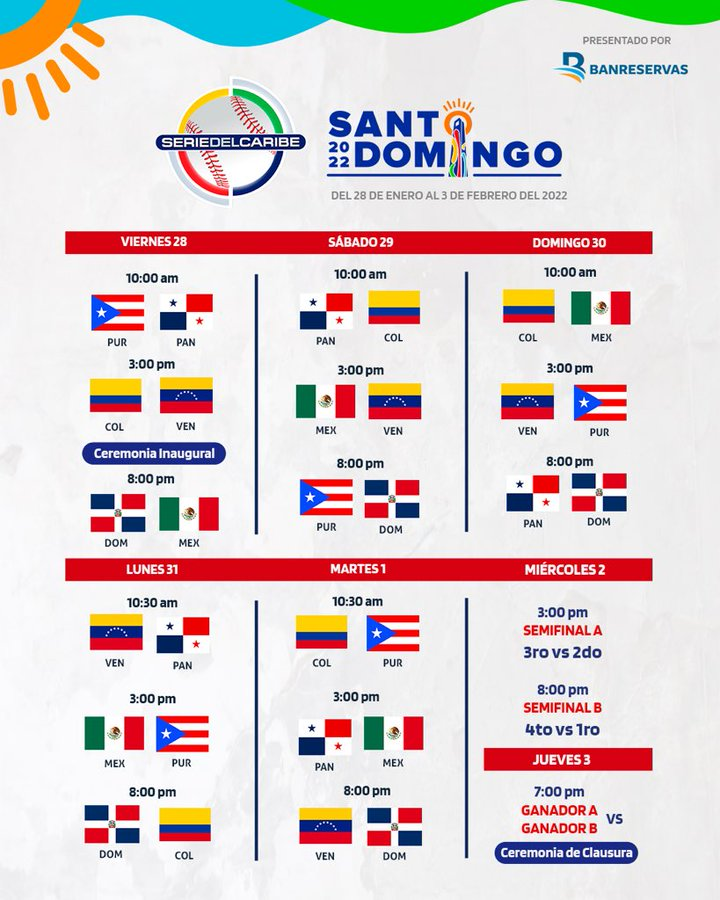 We watched more games on television than we attended. The first night we flew in was also the first day of pool play. The first game we saw was on t.v. at the old bodega that I visited a few times in January 2016. It was a Dominican comeback over Mexico. 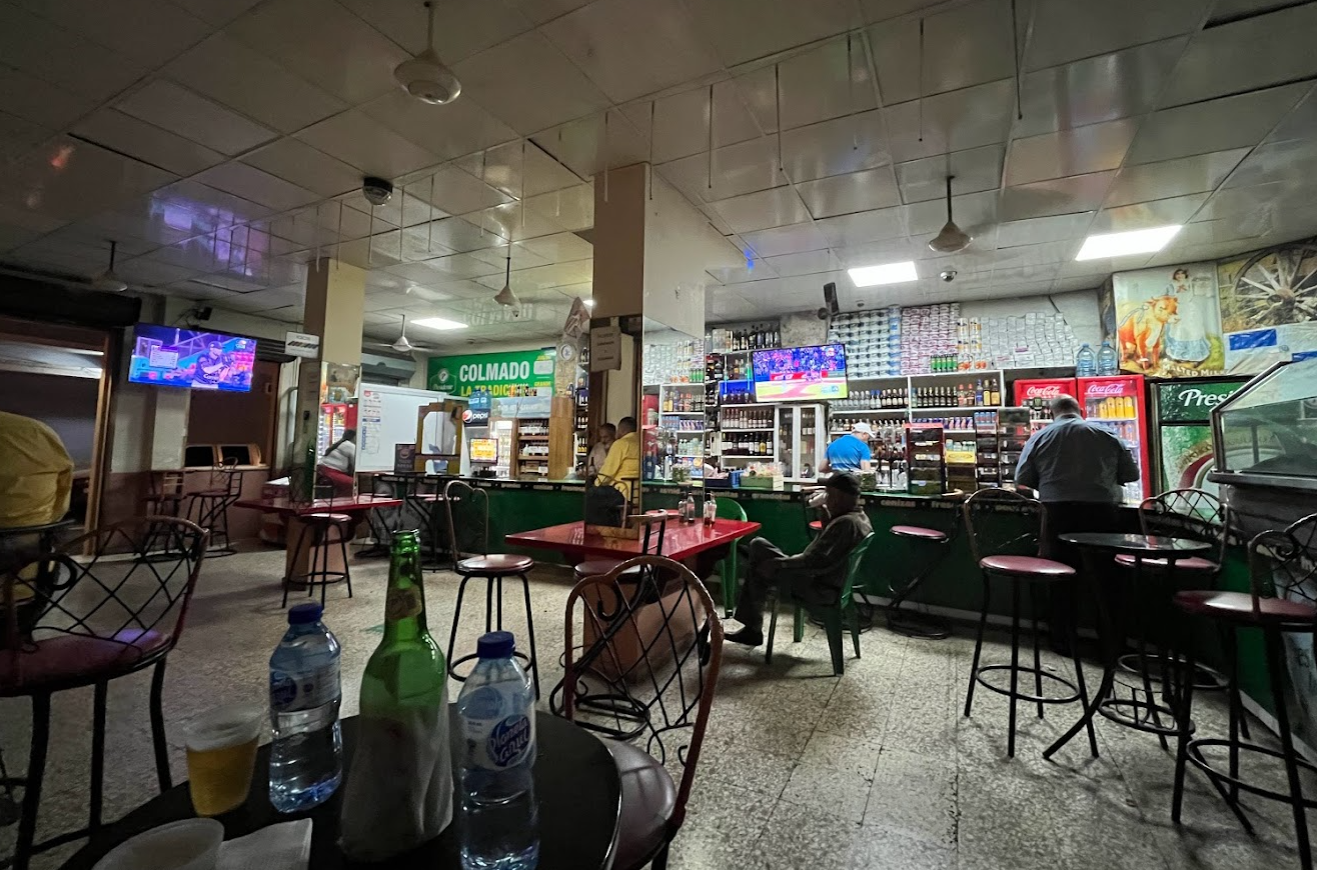 The old bodega is not hopping these days due to "the sickness." 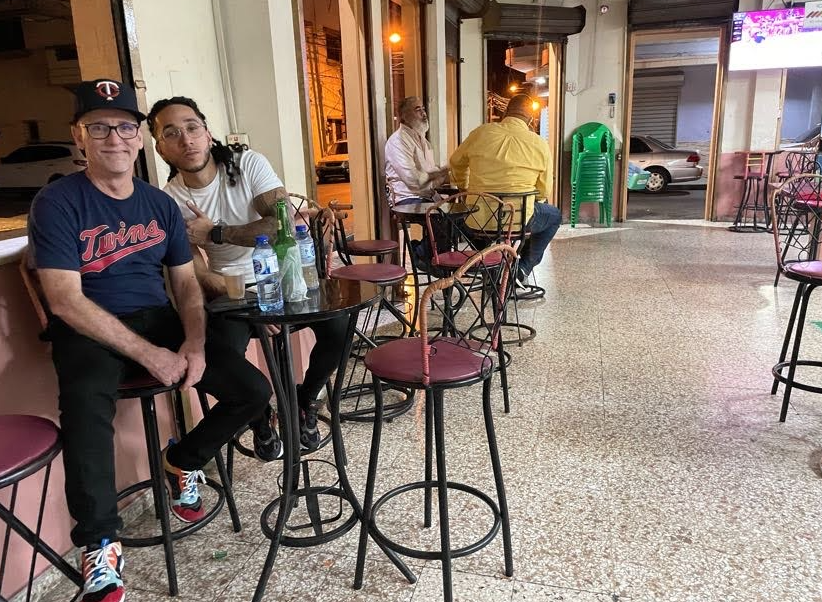 On Day 2 we drove to the park to attend two games. Our first was the 3pm game between Mexico and Venezuela. Venezuela won the game 5-0, and they had a pretty healthy cheering section. But for enthusiasm, Mexico’s fans were hard to beat. "Williams" Astudillo had a good game and an okay series (.261/.393/.304) for Venezuela. Here is a link to my video clip of La Tortuga striking out. 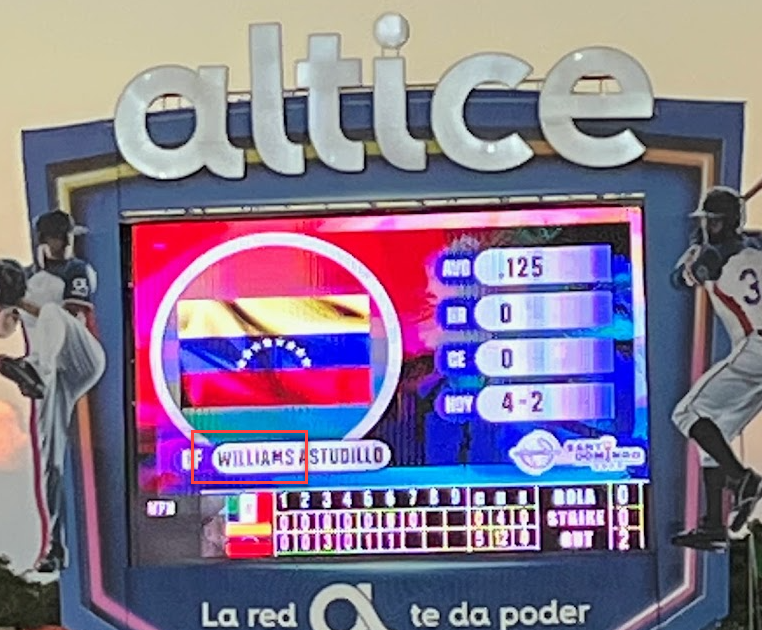 They never fixed this.

In the Day 2 night game, Dominican Republic won a tight victory over Puerto Rico, 5-3. It was a noisy, jolly scene in and out of the park, as I hoped and expected.

In the middle of the game a man walked by who, even wearing an N95 mask, I could identify as Jorge Polanco, my favorite present Twin. My daughter and her boyfriend got in Polanco’s space to get us a photo together. He asked me how I liked the weather and could not have been more gracious. 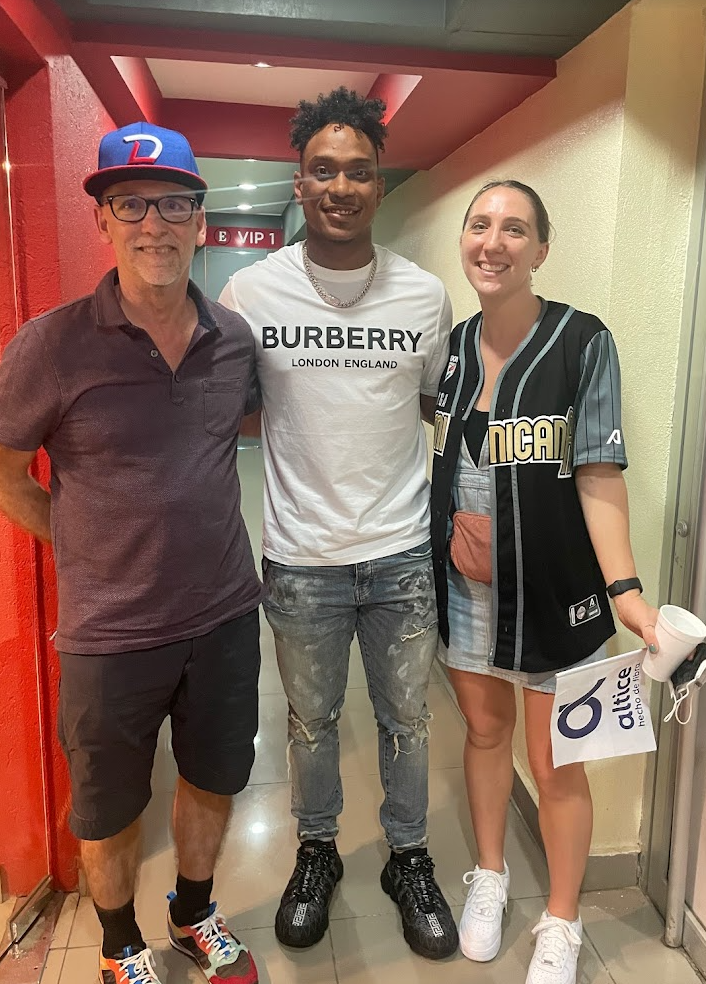 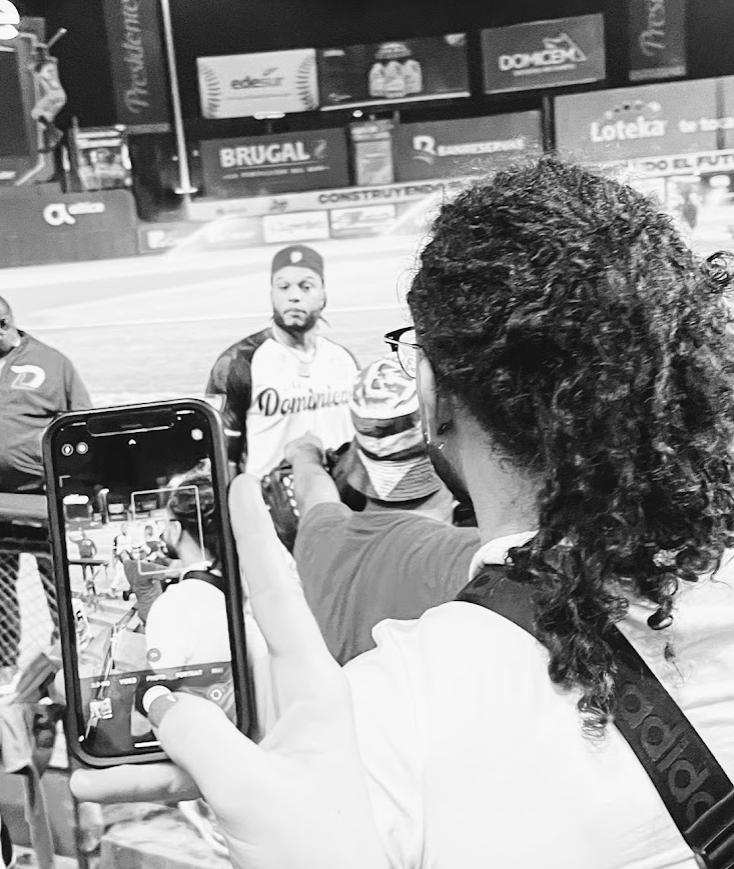 The home crowd was grateful for Cano’s participation.

The next morning we watched Mexico eke out a 1-0 victory over Colombia. We would not have guessed that Colombia would be in the final. During that game I ran down a pop up foul ball that landed so close I feared a beaning. 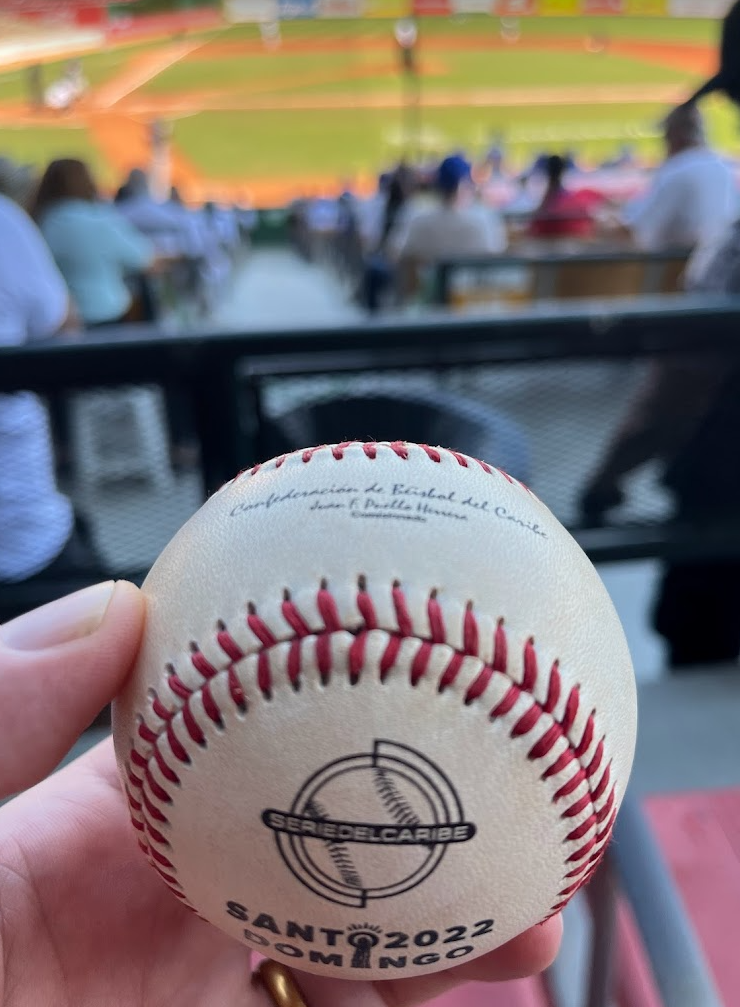 While we visited my daughter’s boyfriend’s family for the next two nights, we watched the prime time games on t.v. The only Dominican loss in pool play was a 2-1 game against Colombia that looked at the time like a fluke.

Juan Minaya was sent in as a reliever for DR in that game, as I recall.

We then spent two nights in a vacation house near a coastal town and sandy beaches, but the weather did not cooperate to tan much.

The first night we watched Venezuela and DR on t.v. at a small family restaurant. 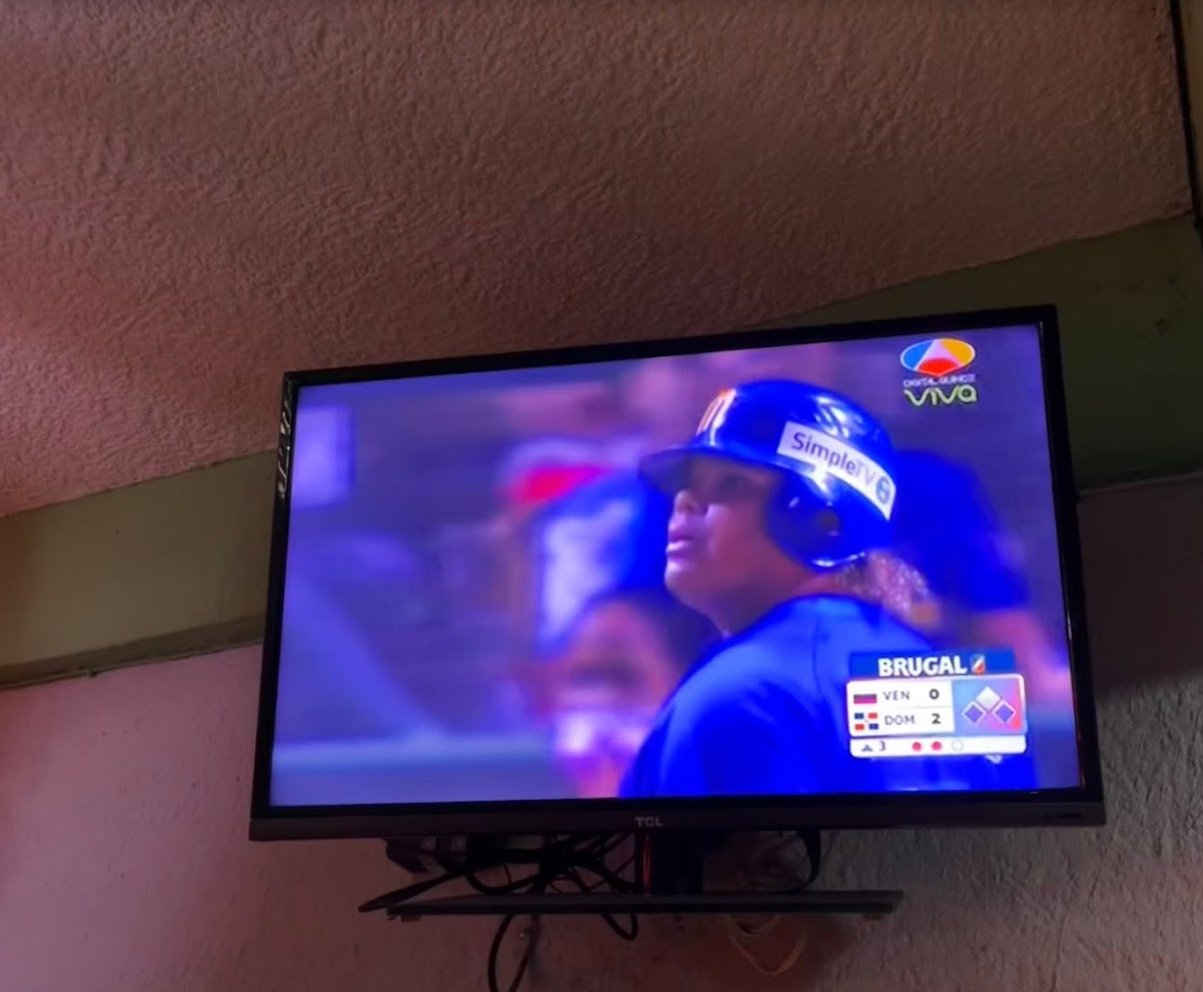 The next night we followed the Gameday feed while we smoked cigars and sat in rocking chairs on the porch of our rented house. The rain fell steadily in our area up north, while in the capitol Detroit Tiger starter Tyler Alexander threw a perfect game into the ninth for a 2-1 victory over Mexico in the semifinal. Another low-scoring nailbiter. Minaya let in the Mexican run, but held the save.

We returned to Estadio Quisqueya Juan Marichal for our fourth game: the Thursday night championship. Like the rest of the country, we were pretty jazzed. DR was 4-1 in pool play. They would have last ups. Colombia was 3-2 and did not have much of a baseball reputation, even in Colombia. DR had won the previous two Caribbean Series titles. We hopped into a party. When we finally left the outside fun and walked into the park, Colombia was up 3-0 in the top of the 2nd. In the 6th, Robinson Cano beat the shift to drive in the only run for the home team. (For the series, Cano batted .417 with a 1.090 OPS.) The final score was 4-1. Not many people were in the park when the fireworks went off after the Series presentations. They missed a good show.

In two years the Series will be held in Miami and I would love to go again. I am crossing my fingers it won’t be the next baseball I see live.